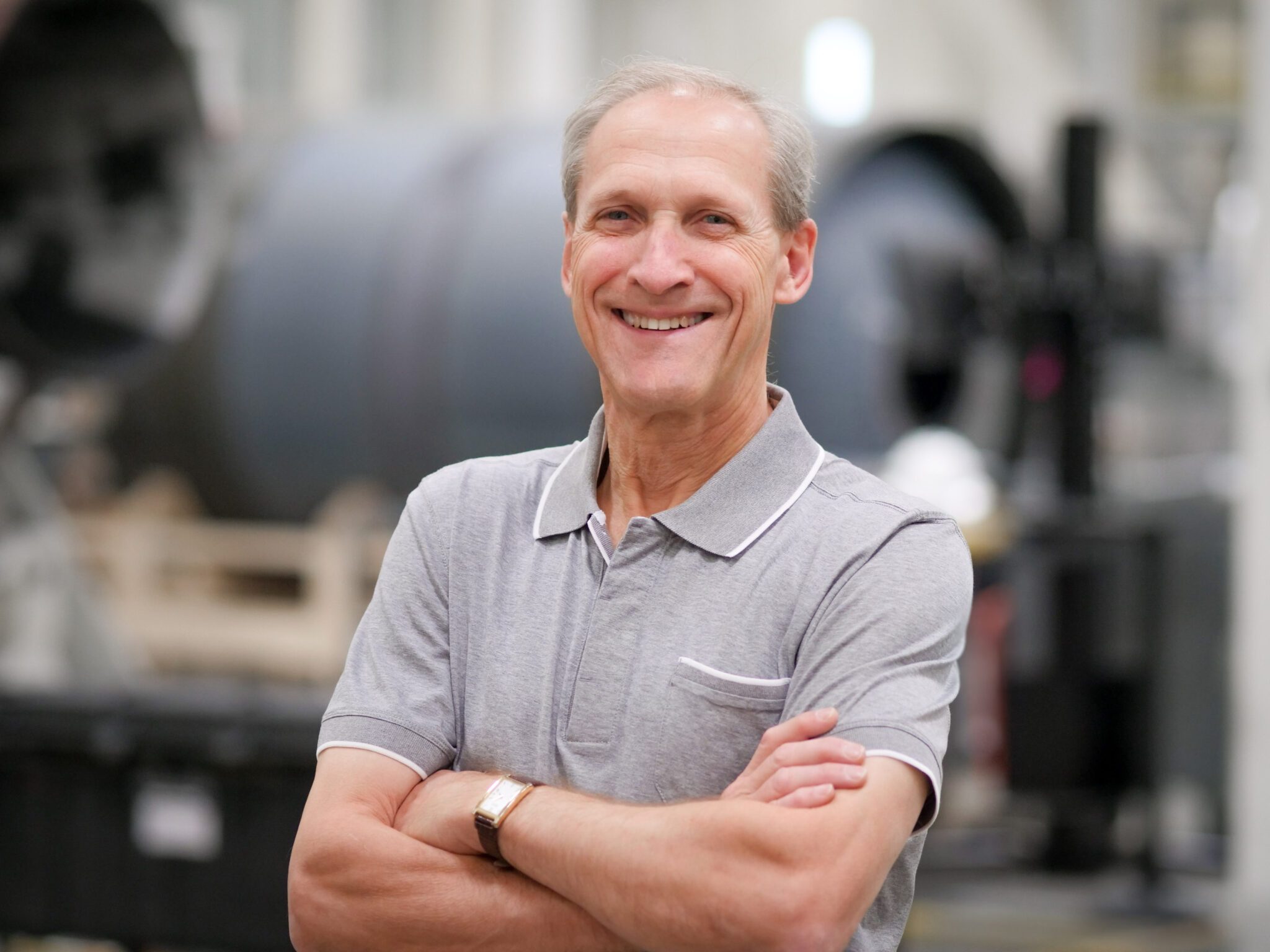 Jeff Trauberman is the Vice President of Government Affairs for VOX Space, a USincorporated wholly-owned subsidiary of Virgin Orbit. VOX Space provides the national security community with responsive, dedicated and affordable launch services for small satellites. Jeff leads the VOX Space engagement with the US Government in the National Capital Area.

Prior to joining VOX Space, Jeff worked for The Boeing Company for more than three decades, where he most recently served as Vice President of Space, Intelligence and Missile Defense for Government Operations. In this role, he led customer engagement in the areas of satellite and space systems, intelligence, integrated missile defense and cyber-information systems.

Jeff has a law degree from Georgetown University and a BA in biochemistry from Brown University. He is generally regarded as a very poor hockey player, but this does not seem to deter him. 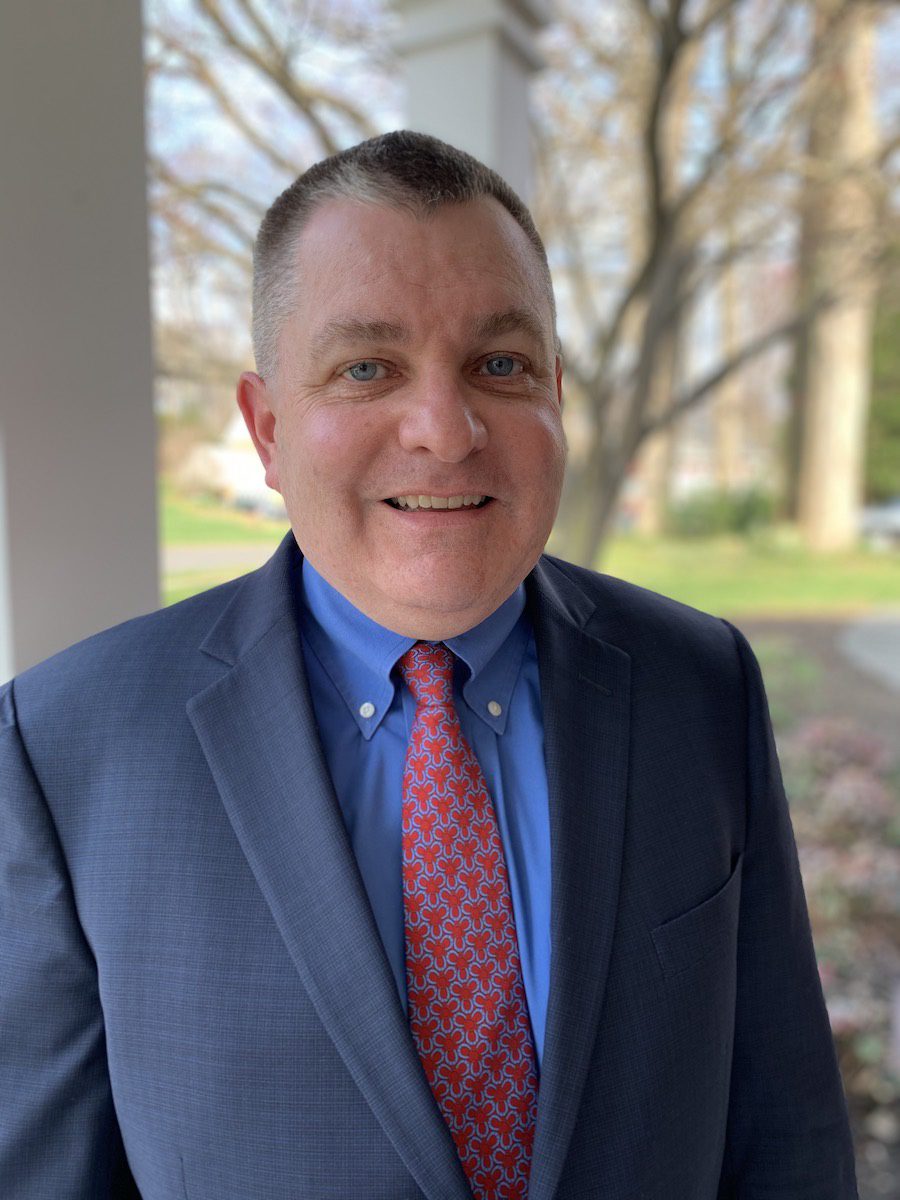 John “J.R.” Riordan is the Senior Vice President of Business Development for
Parsons Corporations Space and Geospatial Solutions market. J.R. Riordan joined Parsons from the Senate Armed Services Committee where he led the Congressional establishment of the United States Space Force. A proven military strategist, policy expert and business executive whose knowledge of the defense and political environments will advance Parsons’ growth in the federal market. J.R. was selected for his leadership to accelerate the company’s already robust capabilities in joint all-domain operations and provide a refined toolset of experience in pipeline cultivation, campaign strategy development and execution. Additionally, he will lead the account management, business development and customer engagement of the company’s space portfolio for the Department of Defense and Intelligence Community.

J.R. transitioned to Parsons Corporation from his government service as a Professional Staff Member at the Senate Armed Services Committee, United States Senate in Washington D.C. He was recruited from his position in private industry and appointed to the Staff Lead for the Strategic Forces Subcommittee. In this role, he provides oversight expertise for nuclear and strategic forces; arms control and non-proliferation programs; Department of Energy defense, nuclear and defense environmental management programs, and ballistic missile defense. This duty includes oversight of budget accounts; oversight of DOD and DOE officials, as well as oversight of specific agencies, commands and activities as directed by the Committee Chair. J.R. was the primary architect of the United States Space Force and a senior member of the Committee for the establishment of the United States Space Force, the newest service in the United States Armed Forces.

Prior to his new government duty, he was the President of IMT LLC, a Mission Essential Company. In that role, he managed a diverse team of world-class engineering and technology professionals providing Information Management Solutions for complex, mission-critical needs. Since 2006, IMT has evolved into a leading provider of Information Management system engineering, software development, information assurance, system sustainment and is the primary provider of technical support for the Integrated Broadcast Service (IBS) enterprise. IBS is the worldwide Department of Defense (DOD) standard network for transmitting tactical/strategic intelligence and targeting data to all levels of Joint Service operational users. Mr. Riordan led the expansion and growth of the business into multiple market segments, including Large System Integration, Software Engineering, information Dissemination, SATCOM Engineering and Enterprise testing, as well as Logistics and Sustainment. Mr. Riordan successfully preserved and ensured IMT’s reputation as an innovator and pioneer in complex information management solutions, assuring continue support to mission partners into the foreseeable future

Prior to his role at IMT, LLC, Mr. Riordan served as the Director of Air Force Business Development for Noblis, a leading provider of science, technology and strategy services in Reston, Virginia. He provided a strategy flight plan for the growth and expansion of the Air Force portfolio within the National Security and Intelligence Sector. He also assisted with marketing and branding of Noblis capabilities within the Air Force community here in the National Capital region.

Mr. Riordan previously served as the Vice President for Strategy and Air Force
Development within the National Security Customer Group at Science Applications International Corporation (SAIC), managing a team of seven senior Business Development and Capture professionals, supporting all Air Force accounts within SAIC. He provided support to the organization’s Senior VP for Air Force Programs and the Senior VP for Business Development, and provided leadership as the Air Force and Joint Cyber Operations advisor to the Cyber Enterprise Management Initiative within SAIC Corporate. He also held the position of Senior Cyber Analyst for Scitor Corporation, supporting the Office of the Under Secretary of Defense for Acquisition, Technology and Logistics/Command, Control, And Communications (C3) Cyber, and Business Systems (C3CB). His role supported all decisions regarding Cyber Operations Acquisition, Technology Innovation and Logistics support for the OUSD/AT&L.

Earlier in his career, Mr. Riordan served twenty-three years in the United States Air Force, where he retired as a Colonel in March 2011 as the Chief of Staff for the Space & Global Integrated Intelligence, Surveillance & Reconnaissance (ISR) Division, the Directorate of Programs, and the Deputy Chief of Staff, Strategic Plans and Programs, Headquarters U.S. Air Force, Washington, D.C. Prior to this duty, he served as the Director for Space Operations and the Deputy Chief of Staff for Operations, Plans and Requirements. As the Director, he developed, advocated and implemented operational space policy/guidance for the headquarters office. The directorate provided senior Air Force leaders and Air Force major commands vision, expertise, and staff support to fully integrate and synchronize space across the spectrum of conflict. He completed a 13-month forward deployment to Southwest Asia as the Joint Director of Space Forces in the Combined Air and Space Operations Center, United States Central Command Air Forces. Prior to his deployment, Colonel Riordan was Commander of the 595th Space Group, Space Innovation and Development Center, Schriever Air Force Base, Colorado, and he commanded the 741st Missile Squadron, 91st Space Wing, Minot Air Force Base, North Dakota. Additionally, he served as Deputy Executive Assistant to both General Richard Myers, USAF and General Peter Pace, USMC, as well as held the roles of Vice Chairman of the Joint Chiefs of Staff, the Joint Staff’s Assistant Chief of the Joint Requirements Oversight Council Secretariat, and the Executive Assistant to the Director for Force Structure, Resources and Assessment, J-8.

Mr. Riordan was commissioned a Second Lieutenant through the Reserve Officer Training Program at Montclair State University and the New Jersey Institute of Technology, where he was a Distinguished Graduate. He also received his MBA from Regis University in Denver, Colorado, as well as a Master’s in National Security Strategy from National Defense University, National War College at Fort McNair, Washington D.C.

He is a volunteer with the Executive Transition Assistance Program at the Family Services Support Center, Headquarters, United States Air Force at the Pentagon, and continues to serve as an advisor to the current President of the National Space Club and Foundation.

Mr. Riordan resides in Northern Virginia with his family.