You are at:Home»Execs to Know»WashingtonExec Weekly E-Magazine: News You Need to Know 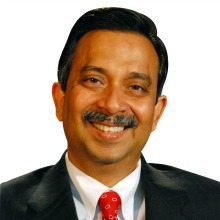 Here’s what has been keeping us busy during the week of Feb. 9 in the govcon industry:

We are gearing up for our 2015 K-12 STEM Symposium on March 7, 2015, at the Nysmith School in Herndon, Va. This year’s theme is “The Parent Factor: How to Engage Your Kids in STEM.” The free, all-day event runs from 9 a.m. to 3 p.m. equally engages children, parents and teachers with corporate, government, academia and non-profit executives from the STEM fields. Activities for the day will include hands-on experiments for children (including a flight simulator, drone demonstration, build your own circuit, robotics equipment and more), government and industry exhibitors, student science fair projects and panel discussions with STEM stakeholders. Confirmed speakers include Dr. Evan Glazer (TJHSST), Michele Weslander-Quaid (Google), Sen. Tim Kaine (D-VA) and Dr. Ann M. Carbonell (NGA), among others. Attendees will also be able to find information about government and industry STEM-related high school and college internships. For more information, click here. We expect more than 2,500 attendees.

In this week’s issue of RollCall, you’ll learn which six people have new jobs and the seven who are celebrating a workplace anniversary.

Venkatapathi “PV” Puvvada has been named President of Unisys Federal Systems. We interviewed him during his first weeks on the job. Reporter Meg Rayford also spoke with Vencore’s Senior Vice President for Human Capital Jerry Calhoun, who discussed big changes from the company’s three acquisitions since 2010 and a new CEO in 2013, along with what it takes to build the workplace of the future.

Accenture was awarded a contract from the Dept. of State to help expand its global supply program to 200 additional sites. The company also made headlines with its news of acquiring Agilex Technologies.

2015 DC Heart Ball Chairperson Kay Kapoor gave us a sneak peak into this year’s event, scheduled for Feb. 28. “Heart disease touches many people on many levels, making it a cause that is both universal and personal at the same time,” Kapoor said.

In Mergers & Acquisitions, Harris Corporation will acquire Exelis for $4.75 billion, or $23.75 per share.

We’ve also been busy hosting our exclusive WashingtonExec events. Salient Federal Solutions’ Chief Human Resources Officer Kay Curling spoke to our Executive Assistants Committee on the changing workplace for federal contractors. “While the role of the EA demands specific competency in business, administration, technology and communications,” Curling said, “perhaps the most important role is that of trusted confidant to the executive they serve.”

Finally, make sure to save the date for these upcoming local events, including INSA’s Symposium on Impact of ODNI — “A Decade of IC Integration and the Challenges Ahead” (March 3, 2015); 2015 K-12 WashingtonExec STEM Symposium (March 7, 2015); the Leadership and Ethics Conference for HS Juniors (March 19, 2015); Building Government Acumen: Competing for the Future (March 24-26, 2015); and former U.S. CTO Aneesh Chopra‘s presentation at GMU’s Founders Hall (April 28, 2015).

For all of this information and more, read last week’s E-Magazine in it’s entirety here.