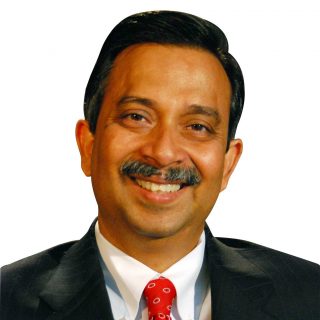 Unisys Corporation announced that it has named Venkatapathi “PV” Puvvada as president of Unisys Federal Systems. Puvvada has served as acting president of the Reston-based company since July 2014. In his new role, Puvvada will lead Unisys’ growth in the federal marketplace by providing big data, cloud computing, unified communications, mobile applications and security solutions.

Puvvada joined Unisys in 1992, and he previously served as group vice president for the company’s federal civilian agency business, a position he began in 2010. From 2005 to 2010, he served as managing partner and chief technology officer for Unisys Federal Systems and oversaw the company’s federal solutions portfolio and service delivery excellence.

“The truth is that PV has been doing a great job in that role for almost a year,” Northwind Partners Managing Partner Mark HuYoung said. “They just need to get him new business cards. As a leader who sees the potential in people and works to leverage the strengths of those around him, PV is a great ambassador for Unisys’ culture. He possesses a strategic mindset that is critical to the business in this current market.”

Puvvada is an advocate of using technology to help federal agencies serve U.S. citizens and has held leadership roles at several technology-related industry groups, winning awards for his contributions. Currently, he is a member of the board of directors of the Professional Services Council.

Puvvada is a four-time winner of the Federal Computer Week Federal 100 Award (2015, 2008, 2005 and 2003). In 2013, Puvvada was inducted into Executive Mosaic’s Washington 100, a group of industry leaders “who drive growth at the intersection of the public and private sectors.” And in 2010, Puvvada was named Government Contractor CTO Innovator of the Year in the large business category by the Northern Virginia Technology Council and Washington Technology magazine.

“This new role will give me a greater opportunity to work with the entire Unisys Federal Systems organization to provide solutions to help federal government clients meet the growing challenges they face,” said Puvvada. “From taking advantage of the efficiencies of the cloud to protecting critical data, Unisys has a stellar track record for delivering mission-critical solutions to federal agencies. I look forward to working with our talented team to continue our tradition of superior customer service and growth in the federal market.”