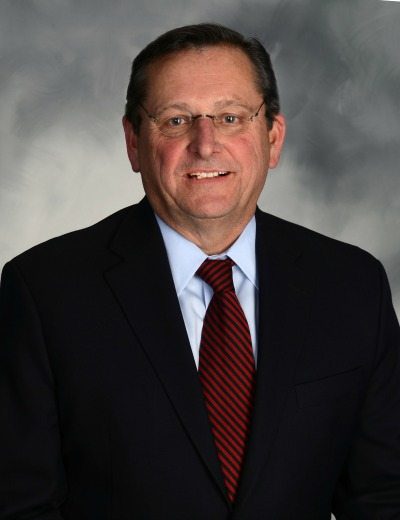 For Jerry Calhoun and his colleagues at Vencore, 2014 was a tremendous year. Following three acquisitions since 2010 and the hiring of a new CEO in 2013, last year saw the Chantilly, Va.-based contractor acquire QinetiQ North America Services and Solutions Group and change its name from The SI Organization, Inc. to Vencore, Inc. to continue its forward march of change and industry success.

Recently, Vencore Senior Vice President for Human Capital Jerry Calhoun gave WashingtonExec the inside scoop on the busy year behind them and the exciting one yet to come.

According to Calhoun, the biggest challenge during this time of organizational change was keeping the best people and processes as they blended together the two companies of SI Organization and QinetiQ. “It wasn’t simply a case where SI bought QinetiQ and integrated it into SI — we literally created a new company called Vencore,” said Calhoun. “It’s more than a new name. Our marketplace has changed dramatically, and our customers have changed dramatically, so it was a very strategic move.”

Since the two former companies ran very differently from one another, Calhoun and his team were tasked with the mission of retaining the best of each former company while maintaining momentum with the brand new one. “We didn’t want the process to go on for 12 or 15 months because that could lead to retention problems and attrition issues—people could get discouraged and begin waiting for a shoe to drop.”

So Calhoun and his associates came up with a way to smooth out the transition as much as possible without allowing anything to slip through the cracks. “The process we use is something I call performance-based organization management,” he said. “The leadership team got together and determined the most important things each part of the company does in the way of providing excellent service to our customers. While most companies look for ways to reduce cost, we focused on the two or three things that can help the company continue to grow. Then, we focused on those functions and the people in the organization, making sure we’re selecting the best from both sides. Performing this process quickly and effectively – while trying to do it differently from how most of our competitors would do it – was the biggest challenge.”

Challenges and Opportunities in Human Capital

Speaking of challenges, human capital is a fast-growing discipline across all industries, but the human capital challenges facing public sector and government contracting companies are unique. We asked Calhoun to shed some light on the particular issues companies like Vencore are working on.

“For the last couple of years the biggest challenge has been the federal budget uncertainty. For example, we don’t always know when programs will be awarded and funding will become available,” said Calhoun. “That creates a lot of uncertainty within the workforce itself and also causes candidates out there to debate whether they want to join companies like ours that are government contractors.”

Another human capital challenge faced by the federal government is controlling costs.

“For the government, there’s a lot of pressure to reduce cost while achieving the same high level of performance,” said Calhoun.

Those aren’t the only challenges Calhoun is helping clients to face down. “The non-federal side has had its own challenges with the recession and economic slowdown,” he said.

“We do a fair amount of work on the classified side, which has always been a challenge, but it’s becoming less so nowadays. We’re seeing more people out there with clearances so that pressure is declining.”

Just like other industries, technology innovation has disrupted the human resources profession and presented new opportunities for more effective hiring and retention. In particular, LinkedIn’s rise in popularity has shifted candidate research online and is providing a wealth of information for employers and employees, as it relates to industry jobs.

“It’s become the predominant source of finding candidates. We use LinkedIn to find people based on their work histories and connections, as well as groups of interest,” said Calhoun. “LinkedIn is also useful for reaching out to candidates quickly and easily to find other people they know and can refer. It has become more effective than Facebook and job boards, even though these are still important to us in very specific kinds of areas. I have a very robust recruiting organization here, and LinkedIn is the number one tool that they use.”

Focusing on Retention, No Matter What

As Calhoun mentioned above, retention was a focal point for Vencore throughout the changes that took place in the past year. However, retention is a core human capital issue for all organizations, no matter what is happening internally and in the business environment as a whole.

“I think what a lot of companies do in regards to retention is to focus primarily on compensation and benefits,” Calhoun said. “However, in my experience, that is not where you want to spend your time and energy because it’s a very competitive market out there.”

“For the most part, the companies are providing similar compensation and similar benefits. While compensation is important, it’s not what makes people decide to stay or leave a company.” 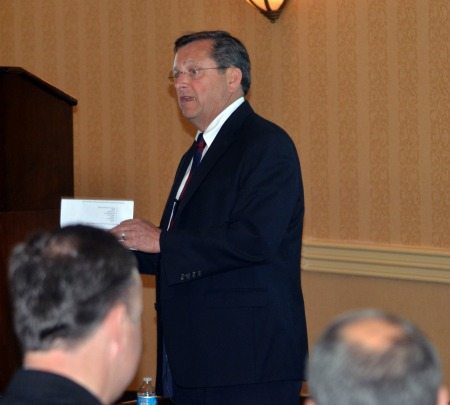 Calhoun highlighted some retention issues and what companies can do to avoid them. “The reasons people leave a company vary by different groupings of people. For example, the very young population may not stay because they don’t see the company being responsive to their needs. They might feel they need to have easier access to data or be able to use social media to get their job done and be effective.

On the other hand, people who are further along in their career may decide to leave because they do not see enough career opportunities at their current organization. Of course, this issue will require a different solution. The point is that you can’t look for one solution; it’s going to be two, three, maybe four solutions that you need to be effective because one won’t fit all the pieces of the population.”

Regardless of age, Calhoun believes contractors and public sector employees need to be able to link their job to the mission. “I think human capital professionals need to help employees understand that they’re doing meaningful work and that the programs they are supporting are part of a larger mission,” he said. “Sometimes you lose sight of it in the day-to-day drudgery so reinforcing the mission is important.”

Calhoun cited performance reviews and clear communication as two ways to continuously link job roles to the mission. “I think doing regular performance reviews is really important because people know they are working hard but they are not hearing a lot of feedback. It’s a classic mistake for managers to get busy and not want to spend time on this task, but that can lead to people feeling unsatisfied in a job.

Another important goal is transparency of communication. We’ve gone through a lot of changes with our recent acquisitions, and times like these are especially important for keeping communication open and transparent.

These are the reasons that simply increasing salaries and benefits, which we often don’t have much control over, are not solid retention solutions. People get dissatisfied with a little more money if they’re not happy in the job they’re doing or getting the feedback they need or don’t understand why a company is going in a particular direction.”

Despite major changes inside his organization, Calhoun has still managed to keep an eye on the current trends in his profession. In particular, he is watching several key human capital trends.

“One of the things that most companies focus on is having all of their benefits and compensation programs the same across all parts of the business,” said Calhoun. “In reality, not all parts of the business are the same. It may take a different level of benefits or a different comp structure or training, certifications and programs to be successful. We operate 50 percent in the classified world, 50 percent in the non-classified world; what it takes to be successful in those units is very different.

I mentioned before about the attrition and retention; the reasons people leave and stay with a company are different not just by age groups or experience, but by the parts of the business or environments that they work in. So it’s trying to tailor things to fit those needs as we go forward in the future.”

“We’re not seeing the performance-based organization approach very often in government contracting, but commercial companies are already doing it. However, Vencore is using this approach extensively,” said Calhoun. “Companies are starting to say, ‘let’s figure out what really moves the needle in our organization and focus on those functions and those people by giving them the right development, the right training, and the right opportunities.’ This is a trend people are just starting to wrap their minds around, and it helps you distinguish yourself from the competition. For example, Southwest Airlines decided that people who do fuel arbitrage are their most important employees because they get the lowest cost, which helps the company compete more effectively.  And Nordstrom focuses on salespeople and the style and the way they interact with customers.”

“At Vencore, we do a fair amount of college recruiting and internships,” said Calhoun. “The new students coming in have different expectations than my generation and a lot of other generations before them, too. They are focused on the meaningful work that they do every day and are at ease with communication—they have no problem being connected 24 hours a day, 7 days a week, but they want to be able to be mobile, and they don’t want to be in an office all the time. They also want to have managers and bosses who work cooperatively with them and create an environment where they can share ideas with the rest of the workforce. That is the workforce of the future, and we must build on it if we are going to be successful in the contracting industry.”