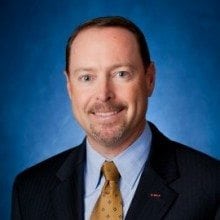 This spring, the government contracting community will have the opportunity to prepare for industry changes, such as the emergence of big data and mobile technology, with the course, “Building Government Acumen: Competing for the Future” at George Mason University.

Students will explore the new era being formed by the conversion of high-impact industry trends in this course geared toward mid-level and rising executives who want to lead their companies into the future. Topics to be discussed include the government’s adoption of cloud computing, the emergence of a mobile workforce, the spread of big data, and the increasing pressure to reduce costs.

The class will focus on practitioner-led discussions featuring senior executives from leading government contractors. Besides this executive education, participants will have a powerful networking opportunity and a one-on-one coaching experience.

Attendance is limited, so be sure to register early to reserve a seat in the spring 2015 class. Early registrants and PSC members will receive a discount.

The confirmed faculty include: