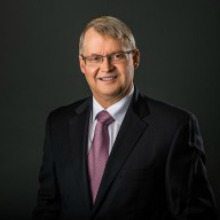 Vistronix, a Reston-based provider of intelligence and technology solutions to national security agencies in the federal space, announced Monday that it has named Alan Stewart as the company’s new Chief Financial Officer (CFO). In his new role, Stewart will be responsible for providing corporate-wide financial leadership to the company.

Stewart brings more than 38 years of financial and operational experience to Vistronix. He had major roles in the IPOs of several companies, including the $63 million IPO of ICF International Inc. in 2006 and an $88 million secondary offering In December 2009, as well as the $32 million IPO of Deltek Systems, Inc. in 1997. Before he joined Vistronix, Stewart served as CFO of Oceus Networks for four years.

“Vistronix is extremely fortunate to have such a successful and widely-respected industry talent as Alan as our CFO,” said John Hassoun, Vistronix President and CEO. “Not only does he have great success and experience integrating acquisitions, but his expertise with IPOs and public markets adds a whole new dimension to our optionality as we continue to build Vistronix as a leading national security middleweight contender.”

Stewart also held senior finance positions at BTG, C3, the Division of Corporation Finance of the U.S. Securities and Exchange Commission, Martin Marietta Corporation and Touche Ross & Co. He is a certified public accountant (CPA) and earned his bachelor’s degree in accounting with honors from Virginia Commonwealth University.