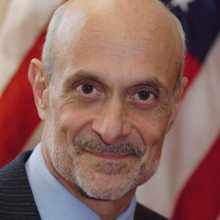 The Northern Virginia Technology Council (NVTC) will host a Cybersecurity Panel as part of its Titans Breakfast Series Event on Tuesday, November 18, 2014, at The Ritz Carlton, 1700 Tysons Blvd., in McLean. Registration will run from 7:00 to 8:00 a.m.; the program will begin at 8:00 and last until 9:15 a.m.

Panelists include The Honorable Michael Chertoff, Co-founder and Chairman of The Chertoff Group, and Former Secretary, U.S. Department of Homeland Security; and Robert Mueller, Partner at WilmerHale, and Former Director of the Federal Bureau of Investigation.

For registration and sponsorship information, please go to the event web page.

WashingtonExec previously covered The Chertoff Group when Greg Hill was appointed the company’s principal and when the company joined the Accenture U.S. Federal Advisory Board.

Earlier this year we spoke with The Chertoff Group’s Chad Sweet, about the firm’s five-year anniversary, M&A his outlook and transitioning to the private sector, as well as Charlie Allen, on security clearance reform, millennials and ePersona.