You are at:Home»Events»SAVE THE DATE: AFCEA Bethesda to Present 2015 “A Night for the Children” Charity Gala on March 21, 2015 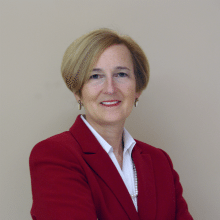 The Armed Forces Communications and Electronics Association (AFCEA) Bethesda Chapter will host the 2015 ‘A Night for the Children’ Charity Gala on March 21, 2015, at the Marriot Wardman Park in Washington, D.C., from 6:00 p.m. to midnight. Proceeds from the event will go to the DC House of Ruth, the Hope for Henry Foundation and the Children of Fallen Soldiers Relief Fund.

Dave McClure, the new Chief Strategist at Veris Group, and Constance “Connie” Sayers, the new Vice President of Children’s Gala Operations for AFCEA Bethesda and President of Government Executive Media Group, will serve as event co-chairs. The pair will deliver the annual gala, which has raised more than $6 million from the federal IT community in support of the welfare, health and education of children.

“We are excited to welcome Dave McClure as chairperson this year. His leadership experience in both industry and government, as well as his proven commitment to AFCEA Bethesda’s mission make him the ideal candidate,” President of AFCEA Bethesda Leslie Steele said in a statement. “Additionally, he will have the invaluable support and experience of Connie Sayers, who along with Government Executive Media Group, provides an extensive network and reach within the government IT community.”

“We are proud to serve these charities that so closely align with the ideals of the Chapter and mission of Federal government,” McClure said. “For years, this event has demonstrated the power of the federal IT community to make a positive difference in the lives of those around us. I am pleased to be working with Connie and the AFCEA Bethesda team on this event and look forward to serving these very deserving charities.”

McClure recently retired from government service as the Associate Administrator for the General Services Administration’s Office of Citizen Services and Innovative Technologies, and has been a longstanding member of AFCEA Bethesda’s Advisory Council.

The AFCEA is a non-profit organization that encourages greater government/industry partnerships and fosters networking among its peers.

The 2014 event raised $550,000 for charities benefiting children’s health and welfare last year. The 2015 Gala marks the second year of support for DC House of Ruth, an organization that works with more than 1,000 individuals a year, including 400 children whose ages range from six weeks to 18-years-old. More than 250 children are sheltered at the DC House of Ruth as they recover from homelessness and abuse.

The Hope for Henry Foundation funds the salaries of full-time child life specialists who provide and promote comfort, care and recovery to children fighting cancer and other serious illnesses at Children’s National Medical Center and MedStar Georgetown University Hospital in Washington, DC.

The Children of Fallen Soldiers Relief Fund is a non-profit organization that was founded in October 2003 as a means of providing college grants and financial assistance to the surviving children and spouses of U.S. military service members who have lost their lives in the Iraq and Afghanistan wars.

WashingtonExec recently interviewed McClure on his transition from GSA to the private sector.

For more information, go to the event webpage.