You are at:Home»Execs to Know»Dave McClure Discusses Transition from GSA to Private Sector, Fleshes Out Future Plans for Veris Group 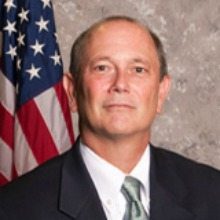 After months of quiet speculation that he was set to retire, Dave McClure hung up his hat from an influential tenure as associate administrator for the Office of Citizen Services at the General Services Administration (GSA). That was in April.

McClure announced this week he’d be joining cybersecurity solutions provider Veris Group as chief strategist. There he’ll be channeling the transformations he made to public sector IT as he works with state and federal agencies to encourage them to implement cloud strategies and technologies.

We recently sat down with the industry’s most recent public-to-private sector convert and spoke with him about the legacy he left at GSA, his goals and future challenges at Veris and how retiring from the government has made it easier for him to slack on his characteristic 5.5 miles at 5 a.m.

WashingtonExec: What prompted you to leave the government side for the private sector?

Dave McClure: A convergence of factors influenced my decision. First, I was eligible to retire under CSRS. This created a great opportunity for me to explore returning to the private sector. Second, I describe myself as a “fork in the road” person. I tend to gravitate towards new directions and opportunities rather than away from them. Lastly, I was fortunate to have great senior executives like Kathy Conrad, Martha Dorris and others who will continue to provide solid leadership, continuity and fresh thinking in the citizen services and innovative technology role that GSA plays in partnership with OMB, OSTP and the White House.

WashingtonExec: Why did you chose Veris Group? What are your goals for the company while in your new role?

Dave McClure: It’s a nice match for the company and for me. Emerging as a start-up in 2005, Doug Greise and Dave Svec have created an industry-leading small business in the cloud and cybersecurity services space. Being a five-time Inc. 5000 awardee, a two-time Washington Technology Fast 50 awardee, and a four-time Virginia Chamber of Commerce Fantastic 50 awardee does not happen by luck or chance. The company is exceptionally committed to its customers with strong project and program execution capabilities and is forward leaning. They carved out a role for me as Chief Strategist that plays to my strengths in IT management and knowledge of the “business” side of the public sector. I expect to help the company grow to the next level and beyond with some great industry partners.

WashingtonExec: How did your work at GSA prepare you for the private side? What’s something you wish you would have known before retiring?

Dave McClure: This is my second round in the private sector having spent almost five years at Gartner as VP and Managing VP for global government research. However, under two Administrators at GSA (Martha Johnson and Dan Tangherlini), I was given a platform to help the Obama Administration launch the federal government into new territories like cloud computing, digital government, open data, and 21st century citizen engagement. Doing so required strong industry ties and partnerships and being a leader in identifying new promising commercial products and technologies that could improve government performance.

WashingtonExec: What would your colleagues say were your top 3 accomplishments while at GSA?

Dave McClure: This is a tough question. I have told lots of people that I feel like I accomplished more in the last five years than any other time in my career. When I read OCSIT’s Fiscal Year Accomplishment Reports (http://www.gsa.gov/portal/content/185267), I get goose bumps over the breadth of impact such a small office was having in the federal government and public sector as a whole. My top three are as follows:
First, conceptualizing, creating, and overseeing the federal government’s cloud security FedRAMP program was a major career accomplishment. So many hours, so many players and agendas, so many challenges, and so many committed people focused on making it a reality. The FedRAMP foundation brings some stability and sensibility to challenging cyber security oversight.

Second, while initiated prior to my arrival, I would have to point to the immense transformation of open data access and use made possible by Data.gov. It is a treasure trove where people can discover and use machine readable open data produced by the federal government. With exceptional passion, management and commitment from the project team, Data.gov 2.0 has created unparalleled capability for citizens, industry, non-profits, good government organizations, and academics to digest, share, and create new products, services, and applications in today’s digital economy.

As a third top accomplishment, I would point to Challenge.gov. It is the centerpiece of the president’s Strategy for American Innovation. Used by more than 60 agencies to crowdsource some 300 scientific, engineering, design multimedia, ideation and software challenges, Challenge.gov introduced a game-changing approach for government agencies to engage citizens, entrepreneurs, and researchers in problem-solving in their mission areas. We were honored that is was chosen by Harvard’s Kennedy School of Government as the 2013 Innovation in American Government winner.
Of course, other governmentwide shared solutions are more than honorable mentions, like our Digital Analytics Program, USASearchh, our First Fridays Useability Program, and the world class USA.gov web portal.

WashingtonExec: What will be your biggest challenge as chief strategist for Veris Group? How will you address it?

Dave McClure: I would roll it under the three “c’s”: Calibrate, collaborate, consume. Calibrate a workable but aggressive pace of change in a fast growing company. Collaborate effectively internally with talented staff and managers and externally with industry partners to get things done; great teams are the reality behind any success. Consume what is happening in the government technology ecosystem affecting successful results and adjust as needed.

WashingtonExec: What’s something most people don’t know about you? Do you still run with the 5.5 @ 5 club?

Dave McClure: In today’s social media world, there is little that people don’t already know about you! Yes, I still try to adhere to 5.5 miles @ 5am, but a foot injury and the ability to sleep in lately has pushed my start time up and fewer miles lately. My wife Trish and I love the outdoors (as long as we can retreat to our motorhome at the end of the day rather than a tent) and enjoy hours of hiking in the mountains with our Labrador Retriever named Jack.

WashingtonExec: At GSA you were heavily involved in organizations like ACT-IAC; do you plan to continue to work with those organizations on the industry side?

Dave McClure: Absolutely. Veris Group is already active in several associations and will expand its involvement and engagement to other potential industry/government associations. I look forward to an active participation from the industry side.