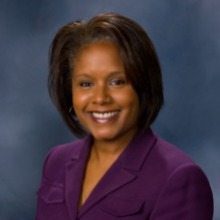 The AFCEA Bethesda Chapter is hosting the 2014 ‘A Night for the Children’ Charity Gala on March 22, 2014 at the Marriott Wardman Park in Washington, D.C.

AFCEA Bethesda has supported The Children’s Inn for 15 years, which serves as a residential ‘home’ for sick children and their families. The House of Ruth aides children and families facing homelessness and emotional and physical abuse. Some of the services provided include housing and mentoring among many others, assisting more than 1,000 individuals per year.

Stephanie C. Hill, President of Lockheed Martin’s Information Systems & Global Solutions (IS&GS)–Civil, will serve as Chair of the black-tie. She will lead the charity event, bringing together the influential industry and government communities to make a positive difference in the lives of thousands of children.

WashingtonExec spoke with Stephanie Hill about the upcoming gala in a recent interview.

WashingtonExec: Tell me about the charities the AFCEA Bethesda ‘A Night for the Children’ gala supports – The House of Ruth and The Children’s Inn at NIH.

Stephanie Hill: In its 16th year, the AFCEA Bethesda’s ‘A Night for the Children’ gala continues the organization’s dedication to helping children and their families going through difficult times. This year, we are proud to be able to support two organizations: The Children’s Inn at the National Institutes of Health (NIH) and the House of Ruth. These charities assist parents and their children facing rare health conditions, homelessness and abuse.

Each year, the House of Ruth helps more than 1,000 women and children build more stable lives by providing housing, mentoring programs, and other services. Its programs are highly effective – nearly 75 percent of the families residing at the House of Ruth are able to move into independent housing after their stay. From an AFCEA perspective, supporting the organization is a natural extension of our commitment to Science, Technology, Engineering, and Math (STEM) programs for children around the world. It also allows us to expand collaboration with government agencies such as the Department of Homeland Security (DHS) and the Department of Justice (DoJ) that have a longstanding relationship with the House of Ruth.

AFCEA Bethesda is exceptionally proud to support The Children’s Inn at NIH for the 16th consecutive year through its annual gala. The Children’s Inn offers a comfortable place for sick children to stay with their families free of charge while they are receiving treatment at the NIH. Its mission is to allow its young residents to experience the joys of childhood despite their debilitating illnesses. At Lockheed Martin, we’re privileged to partner with NIH and HHS and other agencies whose missions impact the lives and well-being of millions.  We are particularly honored to support NIH’s work in advancing knowledge to enhance treatment and reduce the burdens of illness and disability.

“Each year, the House of Ruth helps more than 1,000 women and children build more stable lives by providing housing, mentoring programs, and other services. Its programs are highly effective – nearly 75 percent of the families residing at the House of Ruth are able to move into independent housing after their stay”

WashingtonExec: What is AFCEA’s role in supporting these charities?

Stephanie Hill: The Children’s Inn and the House of Ruth depend on donations and sponsorships to continue running. Over the last 15 years, the gala has donated more than $6 million to the Inn, enabling the organization to continue serving NIH patients and their families. We began working with the Inn when it had been operating for just seven years and our annual gala has been the single largest fundraiser for The Children’s Inn at NIH ever since. Since the Inn is currently enjoying a bright financial future, we are able to extend our efforts to another worthy non-profit. The House of Ruth is in a similar developmental phase as The Children’s Inn was 16 years ago, and we see a huge opportunity to help the organization get to the next level.

WashingtonExec: How did you get involved with the AFCEA’s ‘A Night for the Children’ charity gala? Do you have a personal story or experience that is aligned with this cause?

Stephanie Hill: I am honored to serve as the 2014 chair for the event. In essence, this effort is so much more than a one-night event – what AFCEA Bethesda is really doing is bringing together the influential industry and government communities to make a positive impact on thousands of children locally and nationally.

I have always been active in my community and committed to children’s health, welfare and education issues. Early this year, I had the privilege of attending the gala and the children’s stories about their experience at the Inn and the impact it had on their lives deeply moved me. When I learned that AFCEA had added the House of Ruth and I thought about the very serious economic situation that so many families are in at this time, I was encouraged that the gala this year could positively impact two vital organizations focused on our children. So when I was asked to chair this event, I immediately accepted the opportunity.

“I am honored to serve as the 2014 chair for the event. In essence, this effort is so much more than a one-night event – what AFCEA Bethesda is really doing is bringing together the influential industry and government communities to make a positive impact on thousands of children locally and nationally.”

WashingtonExec: What can we expect from this year’s gala? When will the event take place?

The gala presents an opportunity for busy executives to relax and enjoy a splendid evening, while helping two very deserving charities. The gala will include dinner, live and silent auctions, a casino night, and dancing.

WashingtonExec: If someone cannot attend the gala, how can they get involved or donate to this cause?

Stephanie Hill: There are many ways to participate in the gala – from corporate sponsorship to donating items for the live and silent auctions. The auctions account for a significant portion of the funds raised through the gala. Needless to say, individual donations of auction items make a big impact.

Another way to get involved is through our annual raffle. The raffle item for 2014 has yet to be determined, but in the past we’ve offered vacations to exotic destinations. Lastly, we depend on volunteers to help the event run smoothly, so we always welcome help with registration and other parts of managing the evening.

To keep up with the gala and find out how you can support The Children’s Inn and the House of Ruth, please visit our website or follow @AFCEABethesda on Twitter and Facebook for more information.