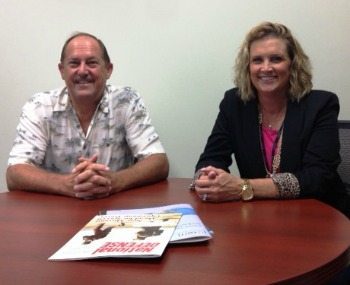 Randy Fuerst and Barbie Sandy of Oceus Networks tackled a health problem together earlier this year.

When faced with a major health issue earlier this year that required him to lose weight to alleviate the problem, Oceus Networks President and COO Randy Fuerst looked, not to his doctor, but to his Executive Assistant (EA) Barbie Sandy to help him out.

Sandy set a weight loss goal for him and her and discovered a phone application that tracks daily calorie consumption. The two, who’ve worked together for four years at two separate companies, downloaded the app to their respective phones and through mutual support met the weight loss goals they had established.

Leslie and Bogle’s 19 year business partnership has stood the test of time through teamwork at six different companies and the inception of the digital age.

Bogle remembers waking up at 2 a.m. in the mid 1990s to discuss business matters and travel itinerary changes with Leslie over the phone while he was in the Middle East for business.

“When I first began my career as an EA most things were done via phone, person-to-person, or paper, now with technology many of those tasks at hand are done on-line via the computer,” Bogle said. “Simplifying these tasks has also allowed me to expand my support to the management team.”

But the desire for and option to hire the superhuman EA is not a novelty in today’s technology-riddled environment.

Where the post in the past more closely resembled a secretarial job, the advent of office automation has led executives today to view their assistants as business partners who are integral to their productivity and success.

“My first assistant in New York took dictation, used a typewriter and white-out and delivered presentations to the printer to be produced,” said Ed Casey, the Chief Executive Officer and Chairman of Serco, Inc. “Most EAs at the time were provided information on a need-to-know basis and waited at their workstations for the next clerical task.”

Casey explained that his EA, Jana DiCarlo, serves as a business partner by working as an “air traffic controller” — managing customer inquiries, investor/owner issues, employee requests, and prioritizing access to the executive’s time on top of administrative support.

And DiCarlo has come far from the typewriters and word processing days.

The team functions well together in part because they share professional and personal values.

“Professionally, there is nothing more satisfying than standing shoulder-to-shoulder with a CEO, knowing you are a very critical part of his/her and the company’s success,” DiCarlo said.  “I can’t imagine being anywhere else.”

It’s clear then that the influx of technologies has impacted the evolution of the role by altering  the work day cycle. 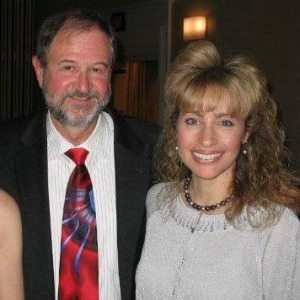 Bill Varner and Dana Briggs of ManTech Mission, Cyber and Intelligence Solutions have worked together for 13 years. Their secret to success is daily communication.

“The technology that we all enjoy and depend upon has had a major impact on the workplace, driving us to a 24/7 environment now. I do feel that in order to be successful in my role, I need to work and be available far beyond a ‘normal’ business day,” said Bill Varner, the president and COO of the Mission, Cyber and Intelligence Solutions Group of ManTech International Corporation. “A lot can happen over a weekend, and none of us can afford to spend the first half of Monday getting up to speed. This intensity puts pressure on my executive assistant, Dana Briggs, also, to the point where she usually is online for part of every weekend also.”

Varner and Briggs’s business relationship spans 13 years. The two agreed that their successful pairing hinges on daily communication and the fact that they’ve known each other for so long.

“One of the nice things about a long relationship such as the one Dana and I have, is that we each need fewer questions and discussions to facilitate that communication,” Varner said.

Briggs said learning her boss’s work style aided her in developing an understanding of how to get quick answers from Varner.

“I believe if you do not have regular communication with your boss, you will never build that cohesive relationship.  You both need to get to know each other, what drives each other, what is important to each other, and most importantly, what each other’s work style is,” Briggs said. “If you do not know your Exec’s work style, you will never be able to gauge or anticipate how they would want something handled — in cases where, for example, they are not available and a decision needs to be made ASAP.”

And despite the influx of office automation machinery and software which have rendered certain human clerical functions obsolete, the human EA — not your Siri– is here to stay. Leslie said the personal interaction component of the executive assistant cannot be reduced to tasks solvable through automation and data.

“I believe that the EA role for the future will be expanded to include administrative tasks and duties that require on-going personal interaction with customers, management, co-workers, and industry partners,” Leslie said. “Executive Assistants will be multifaceted collaborators and change agents for their companies. Their position, a position of trust, within the organization will allow them to play a key support role in the execution of a well thought-out growth strategy.”

WashingtonExec has three Executive Assistant Committees, which together incorporate more than 100 individuals from the government contracting industry. The 2013 WashingtonExec Executive Assistant Committees are chaired by Lisa Robinson (Six3 Systems), Maria Cornell (CGI Federal) and Barbie Sandy (Oceus Networks). Our founding Committee Chairpersons include Jana DiCarlo (Serco), Martise Gibbs (CGI) and Reggie Hill (SRA International). Read about past committee events here, here, here and here.
We have also featured a slew of guest columns on the topic of EAs:
Read DiCarlo’s columns “7 Keys to Executive Success: A View from the Desk Outside Your Door” and “Is Your Executive Assistant the Whole Package?”  on WashingtonExec.
Read Schechter Reed President Lori Reed’s guest column about the evolution of the EA here.