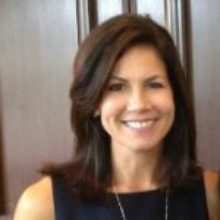 I always start my interviews off by asking why the candidate is looking for an administrative position. Based on their response, I would categorize them into either “Career Admins” or “Ambitious Admins”. The Career Admins typically said they “fell into” the administrative field and stayed there because the work was stable and they liked being the “go-to” person. The Ambitious Admins made it clear that they simply wanted a “foot in the door” and would expect upward mobility in one to two years. I loved placing both profiles but while the Career Admins would stay in touch and likely be candidates again one day, the Ambitious Admins typically left the administrative field to work in other roles either at the company where they were first placed, or elsewhere. I only could hope they’d take up careers in HR!

In the past year however, I have noticed a shift in this ambitious group. Many of the former ladder-climbing admins have returned to me for placement and they are interested in searching within the administrative field. They enjoy the variety, hands-on work, technology and interesting projects. They value the diverse exposure in and out of the company on their Executive’s behalf and take pride in the role. The Executive Assistant role has become much more attractive as a profession and that is attracting a larger candidate pool.

The response from my client companies has been noticeable too. Hiring Managers have taken the emphasis off years of experience and placed it on ability to learn quickly and be flexible. They also want Executive Assistants who take pride in the role and show an interest in how the work they are doing affects the big picture.

This shift that has brought ambitious, dynamic Admins into the role and has also served to redefine the role. The expectations and responsibilities for Executive Assistants have broadened into the areas of Marketing, Corporate Communications, Social Media, Human Resources and Sales Support. This is exciting for everyone in the field, as Admins can now take advantage of the heightened importance and impact of the role, by learning new skills and embracing the opportunity for professional growth.

Have a wonderful week and don’t forget to acknowledge all of those other Administrative Professionals who have your back!

For over 17 years, Lori Reed has been providing her clients with Executive Assistants and administrative professionals. Following her start at a boutique agency in Baltimore, Lori moved to the DC area to help start the administrative recruiting practice there. She soon became the agency’s top performing administrative Recruiter before moving to Los Angeles for two years. On her return, Lori formed Schechter Reed to focus solely on recruiting and placing administrative talent. After ten consecutive years of growth, Schechter Reed is widely considered the go-to firm for finding top-tier administrative professionals, and boasts a client list that includes the top employers in the area. Today, Hiring Managers continue to trust Schechter Reed’s approach to recruiting: thorough candidate screening, behavioral-based interviewing techniques and extensive reference-checks in order to ensure a candidate’s fit.