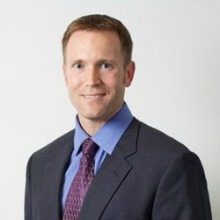 Octo Consulting Group‘s Ben Davies was recently announced the winner of the Washington Business Journal’s 2013 Government Contracting CFO of the year award. Having been with the firm since 2011, Davies has led the implementation of various departments such as HR, Accounting, Contracts, and Operations.

Davies told the Washington Business Journal his proudest achievement as CFO at the company was its culture. “Coming in here, one of my tasks was to bring some policies and procedures and rules and regulations. My challenge was not to change the culture at the same time,” he said. “I was able to put all those policies and procedures in place. The company is approved from a (Defense Contract Audit Agency) standpoint and still maintains the same culture that energizes the company on a day-to-day basis.”

He has 15 years of experience within the accounting, finance and M&A fields and during his career, he has overseen a variety of functions including merger due diligence, financial planning, accounting, contracts, human resources and internal operations.

Prior to joining Octo Consulting Group, Davies served as a Senior Manager in Ernst & Young’s Transaction Advisory Services (M&A) group. He also previously held finance positions at Dominion Resources in the FP&A, Strategic Planning and M&A departments, where he held lead roles on a number of high profile company projects.