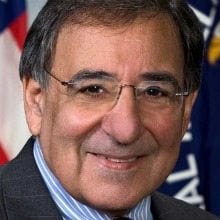 Leon Panetta, former Defense Secretary and CIA Director, will be awarded the 30th annual William Oliver Baker Award by the Intelligence and National Security Alliance (INSA) on June 6 at the Washington Hilton.

Panetta is set to receive the award at the black tie event in recognition of his 50 year long public service career and of the commitment and leadership he has through the years provided to the U.S. intelligence and military services.

“His career epitomizes the tradition of leadership, exceptional contributions, and extraordinary merit this prestigious award has recognized over the last 30 years,” Negroponte said. “Secretary Panetta’s dedication and sustained excellence make him an outstanding model for all professionals in public service, especially those in the intelligence and national security communities, and the ideal recipient of the award’s landmark, 30th year of recognizing excellence and selfless service.”

The public servant served as Defense Secretary from 2011 through 2013 where he aided in ending two wars and developing a new defense strategy.

He also chaired and established with his wife, Sylvia, the Panetta Institute for Public Policy at California State University — a group which aims to attract youth to a life of public service — has served nine terms in the U.S. Congress and began his career in the U.S. army.

“Leon Panetta’s career as a civil servant – in intelligence, national security, and public service – is long and distinguished,” former award recipient General Jim Clapper said.  “I commend INSA on the decision to present him with its most prestigious award.”

Panetta has served as both the Secretary of Defense and Director of the Central Intelligence Agency (CIA). His career in public service includes 16 years representing the people of California’s Central Coast District; Director of the Office of Management and Budget; and the White House Chief of Staff. Panetta served in the U.S. Army in the early 1960s as an intelligence officer. When he left Washington in 1997, he and his wife, Sylvia, established the Panetta Institute for Public Policy at California State University, Monterey Bay.

INSA has tasked itself with uniting the private, public and academic sectors to promote excellence and collaborate on the challenging national security and intelligence solutions and policy issues.

Related: Read more about a couple of the award’s past recipients, Michael Hayden, and Arthur L. Money. And, read about INSA’s Charlie Allen here.