You are at:Home»Execs to Know»Featured Executives»SAIC’s Josh Jackson Looks for ‘Character, Competence and Grit’ in New Hires 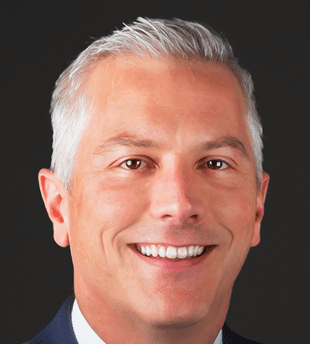 Josh Jackson is a self-described introvert by nature who had to consciously work to develop some of his leadership traits.

“I love engineering. I thought I wanted to be an engineer my whole career,” Jackson, the executive vice president and general manager for Science Applications International Corp.’s Solutions and Technology Group, told Ken White in a recent podcast from William and Mary’s Center for Corporate Education. Jackson has a mechanical engineering degree from Virginia Tech and an MBA from William and Mary.

Jackson’s transition from hands-on engineering to leadership began years ago when he was working on a submarine design project and was invited to lead a growing team. He’s been hooked on building and leading teams ever since.

In the podcast, Jackson discussed qualities of good leaders, how to motivate team members and build trust, what he looks for in hiring candidates, how to communicate strategy and what the future might hold for organizational leaders.

Good leaders, he said, understand and articulate a vision “bigger than the current state” and can rally a team to accomplish that vision. They also invest time in getting to know individuals on their teams. In engineering, there is an adage that investing an extra hour in the engineering process saves three in manufacturing.

“I think of it the same way with teams,” Jackson said. “Investing that extra hour upfront to build relationships will save you three hours or triplefold later on.”

When hiring people, Jackson has three characteristics he looks for.

“I look for character, competence and grit,” he said. “Character is kind of fundamentally being a person of integrity. Competence is not that they have a superior IQ, but they deliver on the results and the goals that they’ve set forth. And lastly, grit is … the ability to persevere through multiple challenges over a long period of time to achieve an objective.”

Grit and resilience can be both innate and characteristics to be developed, Jackson said.

Not all leadership skills are innate, he said.

“I think I was hyperactive as a kid,” Jackson said, “and I broke a lot of things. So, engineering came naturally. And I think that some (who knew me growing up) would say they saw a spark of leadership, but … I’m an introvert by nature. I love small groups. It was something that I had to work on consciously to develop some of those leadership traits.”

Today, a big part of Jackson’s job is communicating strategy, vision and intent to his team and translating across the organization. He has worked at SAIC nearly 20 years.