You are at:Home»Execs to Know»Top 10 Cyber Execs to Watch: Dave Wallen, KeyW 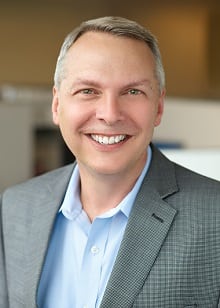 Dave Wallen is senior vice president for KeyW’s Advanced Cyber Operations sector. He previously worked at ManTech International, BAE Systems, Quality Systems Inc. and Price Waterhouse. From 1984 to 1990, he served as an officer in the Marines.

Why Watch: Having worked at the Pentagon and with the Joint Chiefs of Staff as well as having served in leadership positions at multiple top government contractors, Wallen’s knowledge base is solid. “The defense industry is a prime target of our adversaries, and requires a heightened level of security,” he said.

“Having exposure to and expertise in what is possible helps to inform the chief security officers in industry and provide an enhanced perspective on the techniques and technology that we must guard against.”

Following National Security Agency Director Paul Nakasone’s remarks on the “weaponization of social media,” Wallen agrees it is “simply another platform to spread misinformation, sow confusion or anger people into a specific response.”

“It has been shown to influence global politics, create or intensify civil war or intimidate and squelch human rights,” he said. “Our government has the opportunity to take the lead to monitor and respond to social media attacks.”

Doing so, he said, requires a close partnership between major social networks and the intelligence community in which collaboration “allows us to identify and disable social media accounts used by trolls, fake accounts and ‘bot’ accounts.” One way to do this is to develop tools based on machine learning and artificial intelligence that use the cloud to help identify these threats in real time, he said.

Wallen has faith in KeyW’s ability to bring its multidisciplinary cyber approach to federal customers.

“One example includes data scientists who develop statistical models and algorithms used in machine learning and artificial intelligence,” he said. “Another example involves working with KeyW’s robust Intelligence, Surveillance and Reconnaissance products integrated with full spectrum cyber tool suites to accelerate cyber capabilities to defend and operate in this rapidly evolving battlespace. This process produces new technologies and products used by our customers, including government and commercial entities, to better protect our networks, help identify and counter cyber threats and do so in real time.”

This year, much of Wallen’s focus has been on aligning KeyW’s teams to better produce integrated solutions, tools and technologies.

“This means attracting, hiring and retaining top-level cyber experts with the experience to bring together resources and people into teams capable of addressing our nation’s most critical cyber challenges,” he said, “and doing so in a way that is financially and socially responsible.”

Wallen sees opportunity over the next year or so for KeyW to help shape the landscape in next-generation solutions for cyber operations.

“This includes applying machine learning and data analytics to the volume of data and speed of decision-making, particularly as the internet of things expands,” he said. “This will enable United States government and intelligence community partners to transition from reactionary postures to a proactive stance with respect to cybersecurity, cyber defense and information assurance.”

Click here to view the rest of the Top 10 Cyber Execs to Watch.