You are at:Home»Events»INSA Opens Nomination Period for 2018 Achievement Awards 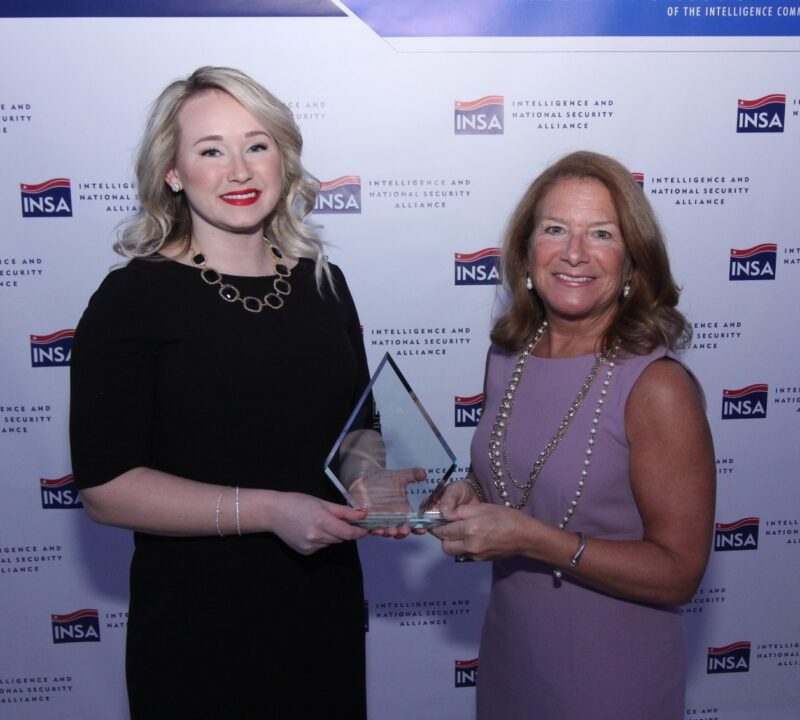 Know exceptional people in the national security space or in the intelligence community? Now, you have the opportunity to nominate them for the 2018 INSA Achievement Awards.

Established in 2010, the awards program has included recent recipients from the U.S. Army, the Defense Intelligence Agency, the Treasury Department, the FBI, Northrop Grumman, the Office of Naval Intelligence, Vencore and many others.

“The INSA Achievement Awards offer a unique, public opportunity to recognize young women and men who are making distinguished contributions to U.S. intelligence and national security,” INSA Chairwoman Letitia Long said. “Such recognition is all too rare in the intelligence profession, given the sensitive nature of the work, particularly early in one’s career. I urge senior Intelligence Community leaders and their partners across the armed forces, academia, and industry to nominate the rising stars and mentors within their organizations.”

The six awards are named each after a recipient of the William Oliver Baker Award, which INSA presents annually to an individual for sustained excellence in their contribution

to national security affairs over a considerable period of time:

Nominations will be accepted through Oct. 30, 2017. Recipients will be notified early next year, followed by public acknowledgment at the 2018 Achievement Awards ceremony in February. Ceremony details will be forthcoming.

INSA Awards Celebrate the Future of the IC