You are at:Home»Events»INSA Awards Celebrate the Future of the IC 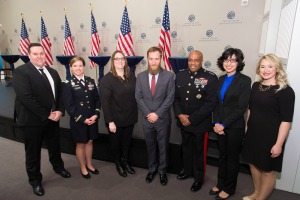 The Intelligence and National Security Alliance last week celebrated the achievements of six young leaders from across the intelligence community at a time that has certainly been difficult for many in the profession.

In his keynote address, Defense Intelligence Agency Director Lt. Gen. Vincent R. Stewart said: “When I look around the world today, I’m increasingly seeing fault lines causing great concerns in the national and international order. This order we’ve established is being challenged by states and proto-states. Russia, China, Da’esh. We are stuck, unfortunately, in the ideas of the past. Some of us are fighting the last war. We need these young people, the next generation, to push the boundaries, and make us think about the next 50 years.”

Fortunately, the INSA Achievement Award recipients are doing just that.

Sara Jamshidi won the Sidney D. Drell Academic Award for her work at the Penn State University Applied Research Laboratory on autonomous artificial intelligence. Her work has taught her a lot about what intelligence really is. “If you want to get smarter,” she said, “you have to explore new things and think about them.”

“Remember: Trying something hard is never a waste of time.”

Thomas D. Smith won the Richard J. Kerr Government Award for his work on mitigating insider threats at the Treasury Department. The system he created not only responds to the threat itself, but also protect the rights of the individual involved.

“Security takes a village,” said Smith, whose work has facilitated improved collaboration between the Treasury department and the IC.

Mandy Rogers won the Edwin H. Land Industry Award. She has developed tools that have drastically cut down on the number of hours it takes to sort through the massive amount of intelligence available to government today by applying best practices in user experience and agile development.

Rogers is passionate about women in STEM and the importance of mentoring. “I wouldn’t be here without all of the people that encouraged me,” she said.

Army Capt. Brigid K. Calhoun received the William O. Studeman Military Award for her accomplishments in the 173rd Airborne Brigade Combat Team, where she planned joint operations and worked closely with NATO allies’ intelligence officers to improve intelligence sharing and overall morale. “Our presence means so much to our NATO partners,” said Calhoun, whose commitment to her fellow soldiers extended even into her time off-duty.

Sean Sullivan won the John W. Warner Homeland Security Award for his work combating the flow of foreign fighters with the U.S. Immigration and Customs Enforcement of the Homeland Security Department. Sullivan credited the advanced quality of leadership for his success.

Janna Scott-Tarman received the Joan A. Dempsey mentorship award, and as Stewart said, it couldn’t have gone to a more deserving person. Scott-Tarman told an emotional story about her decision to join the IC after 9/11, and her commitment to the safety and security of the nation hasn’t wavered since. that day. Scott-Tarman’s impact as a mentor to subordinates and peers has contributed greatly to improved integration across intelligence division chiefs, and her spirit and passion continue to inspire team members and strangers alike. 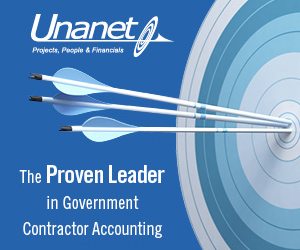