You are at:Home»Execs to Know»Diversity Triumphs in Accenture Federal-Endgame Deal 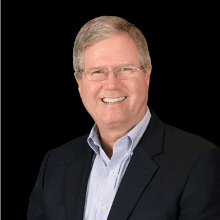 Accenture Federal Services will be acquiring cybersecurity firm Endgame’s federal government services business, the two firms announced last week. AFS has been using Endgame products as part of a strategic investment it made in the Clarendon, VA -based firm last year. This transition, says Endgame CEO Nate Fick, is the next evolution in the already existing partnership.

The deal is a win-win, says industry expert Bob Kipps of KipssDeSanto. “It’s a great deal that looks like a winner for both parties as Accenture develops further critical mass of cyber experts and capabilities, while Endgame becomes a purer cyber technology play.” 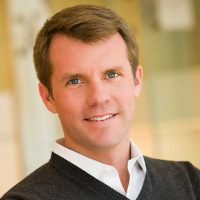 Going forward, Endgame will be focused entirely on building and deploying its endpoint detection and response (or EDR) software for federal and commercial customers, including the U.S. Air Force enterprise deployment Endgame announced in December, while its services will be moving over to Accenture. These services include vulnerability research, red teaming, and threat emulation that Endgame has been doing for parts of the Department of Defense and the intelligence community since the company was founded in 2008.

At the core of Endgame’s success are, of course, its people, and the diversity of views they bring to the table. In addition to the engineers and developers you would expect at a typical cybersecurity firm, Endgame also employs user experience designers, hackers, and social scientists with PhDs. “Part of Endgame’s corporate culture has been if you’re going to change the industry, you can’t do it with people that all look the same,” Fick said. “Our services business, too, is part of that culture. We have people with diverse backgrounds and areas of expertise on the team, and they’re moving over to Accenture where they’ll remain intact as a unit.”

The trusted relationship that the two companies have built is at the core of this move. “We could have done this transaction with anyone but we really wanted to do it with Accenture because we had this partnership, and it really accelerates everything we were already doing together,” Fick said.

“The cyber landscape is complex, challenging and increasingly diverse with regards to both the threats our clients face and the solutions they must employ to combat those threats,” AFS managing director Gus Hunt told WashingtonExec. “To that end, we have brought together top talent from across the cyber spectrum to enable us to protect and support our federal clients. The Endgame Federal Services group, joining us through this acquisition, grows our elite cyber cadre and will help AFS expand our nucleus of highly skilled professionals by attracting additional talent. This will further enhance our ability to address the government cyber landscape in its entirety.”

“I have never been part of a high-performing team that wasn’t a diverse team,” Fick said. “When the average adversary’s time in the network is 146 days from breach to detection, it’s clear we need to think and act radically differently. You can’t do that if it’s a group of the same people. It just doesn’t work that way.”

Related: How to Empower Women to Succeed in STEM