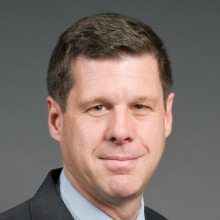 Harwood will lead the Assurance, Integration and Manufacturing Operation (AIMO) supporting the cyber market under the Integrated Systems Group (ISG). She joins Leidos after more than 35 years of government service.

“I am extremely excited to have Doreen joining the Leidos and ISG team,” ISG Group President Sam Gordy said. “She brings a stellar record on accomplishment on both the mission and the acquisition side of the government which will make a great addition to our leadership team.  Her career has given her broad exposure beyond NSA — into the cyber elements of DoD, the Federal Government and the commercial markets.”

“Doreen comes to Leidos following a distinguished career at the National Security Agency,” Leidos National Security Sector President Lou Von Thaer said. “Her breadth of expertise and knowledge in the intelligence community will have an immediate impact in accelerating our efforts in the cybersecurity market.”

Harwood previously served as the Program Executive Officer for Collection, High Performance Computing and Research at the National Security Agency (NSA), in addition to leadership positions within the SID Directorate in direct support to the Global War on Terrorism and Counter Terrorism missions; an assignment to the Office of the Secretary of Defense (OSD) facilitating Defense-wide Acquisition Reform; and an overseas tour at NSA/CSS Pacific implementing initial expansion of the distributed NSA enterprise.