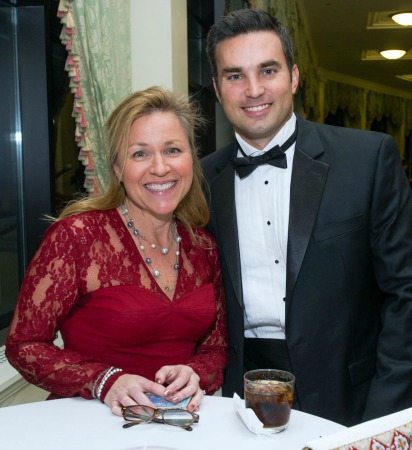 The National Kidney Foundation will host its 34th Annual Kidney Ball at the Omni Shoreham Hotel in Washington, D.C. on Saturday, November 15, 2014. The funds raised at this popular black-tie event will support research, patient services, public and professional education, and organ donation awareness for those living with kidney disease and their loved ones.

WashingtonExec recently spoke with Michele Anthony, Executive Director for the National Kidney Foundation, and Bob Dandridge, Executive Director of the Washington Bullets/Wizards Alumni Association, about the impact of kidney disease in the D.C. area, as well as what we can expect from next weekend’s event.

WashingtonExec: Can you tell us about the National Kidney Foundation and how your work impacts the Washington, D.C. community?

Michele Anthony: I’m glad you used the word “impact” because that is very important to us at the National Kidney Foundation. One in nine Americans, that’s 11 percent of the population, has chronic kidney disease and most don’t know it due to the silent nature of the disease.  Kidney disease can strike anyone at any time but there are several groups at increased risk – African Americans, Hispanics, Asians, seniors. We strive to create programs that make the most significant impact – public awareness campaigns that educate about risk factors for kidney disease, screening programs that detect early signs of kidney disease. If kidney disease is identified in its earlier stages, steps can be taken to delay and frequently prevent kidney failure. NKF has screened more than 25,000 DC area residents and reached millions through our public awareness campaign. These efforts have saved thousands of people from having to face the prospect of dialysis or kidney transplant.

WashingtonExec: What are you most looking forward to at this year’s Kidney Ball?

Michele Anthony: Our Kidney Ball Chair John Wasson, President & COO of ICF International, and his team have done a phenomenal job of recruiting many new sponsors and supporters. I’m looking forward to meeting them and having the opportunity to educate them about how prevalent, and yet oftentimes preventable, kidney disease is. Also, I think our guests are going to be very excited about the program, special libations and gourmet food, not to mention one of the best silent and live auctions in town. We’ve assembled some unique experiences that you won’t find just anywhere – throwing out the first pitch at a Nats game, a studio visit to NFL Today in New York, a desert safari in Abu Dhabi. Let the bidding begin!

WashingtonExec: What sets the Kidney Ball apart from other black-tie events in the D.C. area?

Michele Anthony: The Kidney Ball is a unique combination of inspiration and celebration. Doug Kammerer, NBC4 Chief Meteorologist and NKF Board Member, will be hosting our Mission Appeal for the third consecutive year. Sutherland Media has produced our video that conveys the story of a beautiful young woman named Rachel Schreibman who was struck with a genetic kidney disease at the age of 22, and her heroic twin sister, Stephanie Lemaitre, who stepped up to the plate to donate a kidney to her. MedStar transplant surgeon Dr. Matt Cooper performed the transplant and passionately advocates for living donation. After witnessing first-hand the life-saving power of organ donation, guests will be treated to a special performance by the legendary rock band Joan Jett & the Blackhearts. Doug is looking forward to hitting the dance floor with his friends at Table 3 for one of the best parties in town! 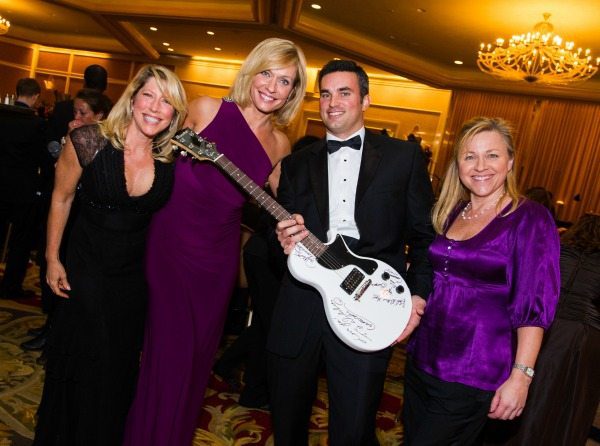 WashingtonExec: Why is the National Kidney Foundation honoring the Washington Wizards this year?

Michele Anthony: Recognizing the high prevalence of kidney disease in the league and the Washington DC area, the Wizards have been working with the National Kidney Foundation for more than a decade. Since 2003, they’ve hosted several “Kidney Nights,” with NKF staff and volunteers on-hand to educate fans about risk factors for kidney disease and organ donation. They’ve donated unique auction items and a portion of ticket sales throughout the years. On an individual level, former players Kwame Brown and Larry Hughes — whose brother received a kidney transplant — have met with our guests after the game and given inspirational talks. Roger Mason Jr. hosted his own fundraiser “Balling for a Cause,” to attract new donors and support the Foundation. This year, to celebrate “Donate Life Month” in April, NKF and WRTC registered dozens of new organ donors on the concourse while inside the arena 25 lucky young supporters were invited to form the fan tunnel at half-time. For their overwhelming show of support, NKF is pleased to honor the Washington Wizards with the 2014 Outstanding Community Service Award. 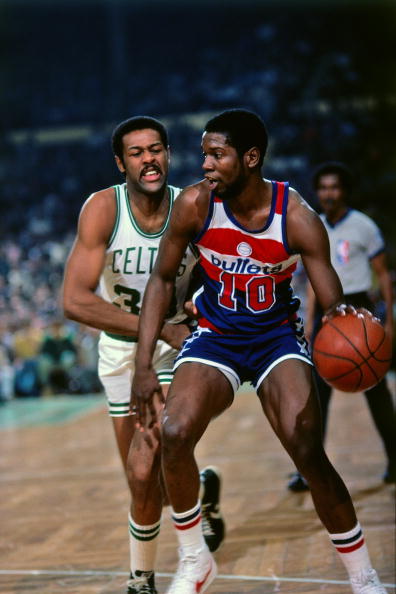 WashingtonExec: Why is organ donation such an important issue to the NBA?

Bob Dandridge: Several individuals in the NBA family have been profoundly affected by kidney disease. Back in 1999, shortly after helping the San Antonio Spurs to their championship run, Sean Elliott announced that he had played despite having focal segmental glomerulosclerosis (FSGS), a pattern of kidney damage, and that he would require a transplant. Sean underwent surgery on August 16 of that year, receiving a kidney from his older brother, Noel. On March 13, 2000, Sean became the first player to return to the league after a kidney transplant.

Alonzo Mourning was diagnosed with the same kidney disease, FSGS. Thanks to his amazing regimen, Alonzo was able to continue to play in the NBA and join the Olympic team even though he had chronic kidney disease. In 2003 his cousin Jason donated a kidney to him. The following year he came to back to the court because he felt it was his mission to use his experience to enlighten — and provide hope and support – to individuals battling all kinds of physical obstacles. In 2006, when Alonzo became an NBA Champion with the Miami Heat, he proudly wore his orange and green awareness bracelets during the finals.

In 1997, NBA legend Oscar Robertson made the critical assist of his life when he donated a kidney to his daughter Tia who was suffering kidney failure due to lupus, a disease in which a person’s antibodies attack connective tissue and vital organs—often, as with Tia, the kidneys.

True to their philanthropic nature, all three legends reflected on their experiences, and then partnered with the National Kidney Foundation to raise awareness about kidney disease and organ donation.

WashingtonExec: The NBA supports a variety of worthy causes – why is this one so meaningful to you?

Bob Dandridge: I mentioned several former players affected by kidney disease and organ donation, but one is especially close to home, my good friend Wizards announcer Phil Chenier. The Bullets superstar experienced the life-saving power of organ donation within his family when his mother donated a kidney to his brother, prolonging his life by several years. Phil has participated in the NKF Golf Classic Hosted by Doc Walker’s ProView and has expressed interest in recording public service announcements for the Foundation. The need for public education couldn’t be greater. Many people who need transplants of organs and tissues cannot get them because of a shortage of donations. Of the 123,000 Americans currently on the waiting list for a lifesaving organ transplant, more than 101,000 need a kidney, but fewer than 17,000 people receive one each year. The demand far exceeds the supply and as a result, 13 people die every day. That’s why raising awareness and dispelling myths about organ donation is so vitally important.