You are at:Home»News»Contract Awards»WashingtonExec’s Weekly E-Magazine: News You Need to Know 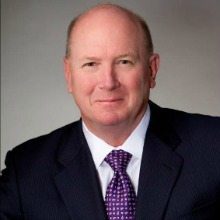 This time of year is a busy one for government contractors, but thanks to our WashingtonExec Weekly E-Magazine, you can still keep track of all the latest news in our industry. Here’s what happened this week, in case you missed it:

After nine months from the launch of our initial Founder’s Circle concept and a host of gatherings later, we’re excited to announce WashingtonExec’s 25-person Founder’s Circle—a forum showcasing that there is such thing as “life after the CEO exit.”

We spoke with 2014 GovCon Nominee Lynn Ann Casey, CEO of Arc Aspicio, about her company’s growth and upcoming opportunities. Casey is nominated for “Contractor of the Year” in the $25 million and less category.

We were also treated to a sneak peek of the 2014 Kidney Ball by ICF International president (and Chair of this year’s Gala) John Wasson. In our interview, John shared a fundraising report as well as information on the diverse group of people who will be honored at this year’s Ball, as well as the exciting entertainment line-up.

Be sure to Save the Date for Tuesday, October 7, when The Boy Scouts of the National Capital Area Council will host the 2014 Technology Good Scout Award Luncheon from noon to 2:00 p.m. at the Tysons Corner Marriott, located at 8028 Leesburg Pike.

Find out who else won big and read the rest of this week’s government contracting news in our e-magazine here.