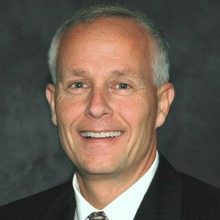 Leidos has been awarded a contract by the Naval Medical Logistics Command (NMLC),the company announced Sept. 22.

“Despite the advancements in treatments over the last several years, HIV/AIDS is still a public health crisis in many regions in the world,” Steve Comber, Group President of Leidos Health, said in a statement. “We are proud to support NHRC, the Department of Defense and other Allied Nations in their efforts to develop education and prevention programs to mitigate the HIV epidemic and prevent the AIDS virus from spreading further.”

Specifically, Leidos will provide services in support of the Naval Health Research Center‘s (NHRC), Department of Defense (DoD), HIV/AIDS Prevention Program (DHAPP). The program’s mission is to reduce the prevalence of HIV/AIDS among uniformed personnel around the world.

The contract has a one-year base period of performance, four one-year options and a total contract value of approximately $14 million if the options are exercised.