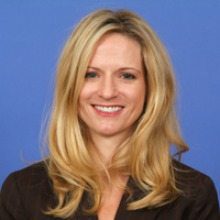 In the latest news from WashingtonExec, AT&T Government Solutions named Casey Coleman as Client Executive Vice President of the company, TeraThink Corporation President CEO Paul Lombardi shared with us his insight on how stay cost-competitive during in an era of depleting budgets, and Keith Masback, the CEO of the United States Geospatial Intelligence Foundation (USGIF), spoke to us about what to expect at the 10th annual GEOINT Symposium now set to take place in April in Tampa Bay, Florida. Arm yourself with the full details on those stories featured in our weekly e-magazine here.

We also heard from Abt Associates President and CEO Kathleen Flanagan who opened up about how to lead a global organization by communicating a clear vision. Other exclusive interviews included our talk with Dynamic Research Corporation SVP and GM Paul Strasser on leveraging new technologies and big data in the new year, and an interview with 10novate’s Tricia Iveson on the edge Federal IT services start-ups gain when their entrepreneurs have more age and experience.

Leadership Conversations author Alan Berson wrote a guest column this week that revealed the secret to demonstrating a “leadership mindset” on your resume, and we became all the more wise after MacB’s Mark Chadason and Veeral Majmudar of Savan Group offered to us the valuable advice they would give to their children in the most recent segment of our annual series.

In M&A news IBM closed its acquisition of Fiberlink Communications — an absorption which brings to IBM a MaaS360 mobile offering.

Last but certainly not least, February is creeping upon us so don’t forget to register for the DC Heart Ball — the American Heart Association’s annual black-tie celebration to be held at the Mandarin Oriental Hotel in Washington, D.C. Please also keep an eye and your gala garb out for the 27th annual Leukemia & Lymphoma Society Leukemia Ball on March 22, the sixth annual Small and Emerging Contractor Advisory Forum Awards Gala set to take place May 1 at the Hilton in McLean, and the Northern Virginia Family Service’s 2014 “Road to Independence Gala” scheduled for May 9.

WashingtonExec is proud to present the news you need to know each week. We encourage our readers to sign up for our newsletter to receive a full comprehensive report of business news in the Greater DC area.