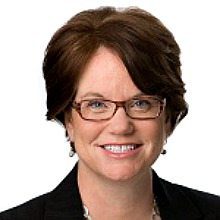 Kathleen L. Flanagan is the President and CEO of Abt Associates (Abt), a mission-driven, global leader in research and program implementation in the fields of health, social and environmental policy, and international development.

She joined Abt Associates in 1983 as a Policy Analyst in the Health practice. Prior to being named President and CEO, she led the company’s U.S.-based businesses.

Flanagan assumed the position of President and CEO on October 1, 2009. She has worked across the broad range of markets and policy areas that reflect the company’s business today.

WashingtonExec recently had the opportunity to speak with Flanagan about her impressive 30 year tenure at Abt, how to effectively engage Abt’s nearly 3,000 employees, her response to the 2013 government shutdown, and her advice on developing great leaders.

Abt Associates is a global company with nearly 50 offices around the world. The company has over 2,700 employees, many of whom do not speak English as a first language. As part of the global Abt strategy, Flanagan says the key component is communicating a clear and simple strategy that can be understood by everyone around the world. To achieve this, Abt has utilized technology on a massive scale.

“We’ve created a technology platform that has everybody around the world on one email system, one Intranet that we call the Abt Global Intranet where they can get information about how to execute their job most effectively, any news from the company and communicate with their peers and colleagues,” Flanagan said.

In addition to the company’s global intranet, Abt also engages employees with “All Company Town Halls” through webinars and other technology tools. Employees are also encouraged to get involved with the company’s philanthropic initiatives as part of a program it calls Community Connections.

“My predecessor Wendell Knox made it a big priority and value to connect with the community and give back to the community both in terms of donations and involvement in service – but also in using our analytic skills and implementation skills and our substantive skills to help nonprofits and others around where we are located and around the world,” Flanagan noted.

Recently, Abt employees donated $15,000 to the relief efforts in the Philippines after the horrendous typhoon that left 3,976 dead, 1,598 missing and 18,175 injured. Additionally, Flanagan matched the employee donations with an additional $15,000 to aid in the relief.

Responding to a Government Shutdown and 2013’s Greatest Accomplishments.

Like many leaders in the community, Flanagan was faced with the challenge of a government shutdown in 2013. “We took a very broad approach to analyzing what the impact would be for the company but more importantly what it would be on all of our families and clients,” Flanagan remarked. “We talked a lot about how to move people in the company’s labor force around, how to think about being more flexible with respect to the execution of different projects and then how to innovate for the clients and listen to their needs.”

Abt’s dedication to infusing a culture of innovation is among Flanagan’s proudest accomplishments. With the budget deficit and the uncertain global economic conditions, Flanagan reiterates that innovative, agile and responsive companies will come out ahead.

“We have to be able to provide the best and most innovative solutions to our clients because ultimately their goal is to improve their programs and improve the lives of people,” Flanagan said. “I would say I’m most proud about that our company has really swung up to thinking outside of the box more and creating innovative processes and better solutions for the client.”

As part of its pursuit of innovation, Abt has hosted several “innovation expos” in the past year that bring together people from across the company with ideas that can be leveraged beyond their project to other clients and other projects. The past two expos brought in over 1,000 employees and another expo is scheduled for mid-January 2014.

Developing Great Leaders and Looking Ahead to 50 Years.

Abt Associates is about to celebrate its 50th year in business. The company was founded in January 1965. Flanagan has been with company for over 30 years. Her tenure at one company is in stark contrast to most of today’s millennials who have a tendency to jump from job to job. While she has had many jobs within Abt, Flanagan recalled her humble beginnings right out of graduate school.

“I went to graduate school and got a degree in public policy and I had one interview with Abt Associates,” Flanagan said. “I thought ‘wow, this company is exactly what I was trained for’. I got a job offer and I took the job.”

She was later appointed to take over a business unit at Abt in 1989, then all U.S. business units, and finally the CEO job. Her boss and mentor Wendell Knox persuaded her to take on these positions and take risks.

“I think most importantly, through his mentoring and leadership influence, he encouraged me to always take risks and take chances to move out of my comfort zone and plan for success. I had a very supportive environment in which to do that,” Flanagan recalled.

In divulging the attributes of a great leader, Flanagan noted two key components.

Put in a place a vision and a strategy that is easy for people to digest, access and follow.

Along the way, you have to be willing to reassess the goals and objectives of that strategy and make changes regardless of your personal ties to the project.

“I think it is important to be collaborative, seek feedback, and get people’s input,” Flanagan added. “You have to be willing to listen and change and not be hard headed.”

She attributes much of her success to her 30 year tenure at Abt, which gave her access to mentors and opportunities that she would not have had otherwise. Her final word of advice to job-hopping millennials is rooted in the same advice she was given in her early career.

“My advice to them is quite similar to the advice that I got back in the ‘80s – be willing to spend as much time as possible outside of your comfort zone,” Flanagan suggested. “Keep pushing yourself, having butterflies is a good feeling. Take calculated risks. Plan for success, don’t plan for incremental steps, plan for success. I think the most important thing is taking chances, accepting challenges and taking a step back at least once a year to say ‘am I doing what I hoped to be doing and what could I do to impact my next step’ so there is self-reflection in that.”