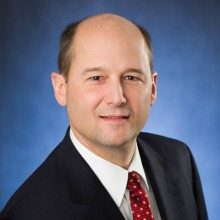 Sumeet Shrivastava, president of Array Information Technology, said this is a well-deserved promotion and role for Lucernoni.

“I have had the privilege of working closely with Wayne on numerous initiatives between Harris and ARRAY over the years.” He added, ” Wayne’s leadership abilities are evident in every interaction – his attention to details while seeing the bigger picture, the fairness with which he handles his partner relationships, and a significant level of competency about our industry.”

Lucernoni’s responsibilities in this new role includes driving the IT Services business to deliver growth for Harris. The role also calls on Lucernoni to successfully execute a portfolio of business across all segments of the federal government, as well as commercial healthcare IT markets. He reports to Jim Morris, Integrated Network Solutions business segment President.

His previous roles include serving as Vice President in the Civil and Intelligence areas, and program director and deputy program manager on Harris’ second largest program, the National Reconnaissance Office’s Patriot Contract.