You are at:Home»Execs to Know»Retired 4-star Lester Lyles Leads a Life of Rocket Science, Personal Ethics and Inclusivity 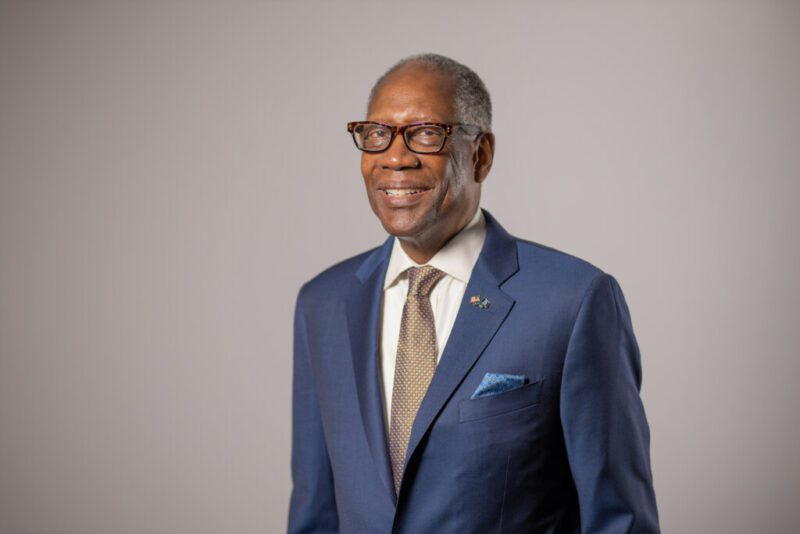 Born and raised in Washington, D.C., Lester L. Lyles always had an interest in engineering and science. But even though he’d always been into airplanes, space and science, he decided after high school to turn down an appointment to the Air Force Academy — to stay local and attend the historically Black college of Howard University.

A retired general and former vice chief of staff of the U.S. Air Force, Lyles today serves on the board of directors for KBR Corp., and is a former director of General Dynamics Corp., Battelle Labs and USAA, where he also served as chair. He’s also chaired or served on various councils related to the U.S. space program, and advised on national security and intelligence boards.

In fact, at age 74, Lyles remains active in these positions. During his interview with WashingtonExec, Lyles in his role as chair of the NASA Advisory Council was listening in on an all-day meeting with members of NASA about returning to the moon, which the current administration has mandated the space agency do by 2024.

“I hope it’s not disturbing in the background,” Lyles said.

And it wasn’t — on the contrary, it was the simplest and most unintentional way of getting to know Lyles himself, his dedication to his career, his knowledge and his years of aiding the nation and industry in his areas of expertise.

“There is a Zoom meeting going on currently that’s going to last all day going through all the different elements associated with that activity,” Lyles continued. “As soon as I finish this call, I’m going to go join back in that meeting and participate.”

But to understand Lyles’ continued work ethic and Air Force career is to first understand his beginnings.

When Lyles was in high school, he joined the Junior Reserve Officers’ Training Corps, so he got accustomed to the program. When he got to Howard, Lyles joined the Air Force ROTC via a scholarship until he graduated in 1968 with a bachelor’s degree in mechanical engineering.

Lyles was then immediately commissioned in the Air Force and assigned to attend graduate school as part of its civilian program. So, he drove across the country days after graduating to attend New Mexico State University for the Air Force, where he later graduated with a master’s degree in mechanical and nuclear engineering.

His first uniform assignment was at the Space and Missile Systems Center at Los Angeles Air Force Base as a rocket scientist engineer for two years, before being assigned to Wright-Patterson Air Force Base in Dayton, Ohio, as an engineer.

After a series of engineering jobs at Wright-Patterson, Lyles got the opportunity to go to the Pentagon as a young officer, and serve as an aide-de-camp specialist to a four-star general.

“That was probably the turning point in my career because that led to lots of other things,” Lyles said. Specifically, to early promotions and engineering job opportunities at more senior levels.

He soon returned to L.A. Air Force Base to lead the Space Launch Recovery Program as a brand-new colonel following the tragic 1986 Space Shuttle Challenger disaster.

After some time at the Joint Base Andrews in Maryland in engineering and program management, Lyles was promoted to one-star general, which led him to serve as commander of Ogden Air Logistics Center at the Hill Air Force Base in Utah after receiving his second star.

When he was promoted to three stars a year later, Lyles returned to command the Space and Missile Systems Center in L.A. After a couple of years, he was asked to the Pentagon to run what was called the “Star Wars” program started by President Ronald Reagan, or more officially known as the Strategic Defense Initiative. The program was a proposed missile defense system intended to protect the U.S. from a ballistic strategic nuclear weapons attack. Lyles served as the director of the Ballistic Missile Defense Organization.

And three years later, he was promoted to his first four-star job as vice chief of staff at U.S. Air Force headquarters in Washington, D.C. He later returned to command the Air Force Materiel Command at Wright-Patterson.

And that was Lyles’ last assignment. He spent his final three years in Ohio, and retired in October 2003.

“They’re all meaningful, they’re all fun, all enjoyable,” Lyles said, reflecting on his Air Force career.

In all, Lyles has overseen developments in rockets, aircraft systems, stealth systems, satellite systems and logistics systems. And after 35 years, he retired, not because he wanted to but because after 35 years he had to.

“I loved what I was doing,” Lyles said. “I still do some of that stuff today, but in a civilian capacity. I technically was not ready to leave. I would have loved to stay there if I was allowed to.”

When Lyles left the Air Force, he knew he didn’t want to work for one company. He wanted to involve himself with his many areas of focus.

“I chose to not just tie myself down with one company, but to have the opportunity to serve on boards and do a wide variety of new things, if you will, see new things and participate in the decision process for different things,” Lyles said.

He looked to serve on corporate boards and as an adviser or consultant, and he found several of those opportunities on both sides of the sector.

Shortly after he retired, Lyles served on President George W. Bush’s Commission on Implementation of U.S. Space Exploration Policy to explore developing the human exploration program for the country.

“I’ve been associated with NASA ever since in various forms,” Lyles said.

Lyles has served on the National Space Council Users’ Advisory Group under Vice President Mike Pence, the NASA Advisory Council and the Augustine Space Committee. He’s been an adviser on national security and intelligence issues as a member of the State Department’s International Security Advisory Board, on the President’s Intelligence Advisory Board under Barack Obama and on the Defense Science Board.

“I don’t know how to say no, that’s part of my problem, my wife says,” Lyles said. “And a lot of those things came out of the career that I had, the fact that I’m an engineer.”

Not being able to say “no” has landed Lyles some of his most impactful experiences.

He often tells people the story of being a young lieutenant serving as a rocket engineer at L.A. Air Force Base and almost deciding to fulfill his 4-year commitment to the Air Force and leave to do something else.

But when the Kent State shootings happened May 4, 1970 — when Ohio National Guard troops opened fire on Vietnam War protesters at Kent State University killing four and wounding nine other unarmed students — Lyles was appalled. Even more so, he was horrified at some service members’ responses.

And that decision set the tone for the rest of his career, learning how to be ethical and put people first.

Reflecting on Milestones and What Matters

While all of Lyles’ assignments and responsibilities in the Air Force were rewarding in some form, his last job as commander of Air Force Materiel Command at Wright-Patterson was the most challenging.

As Lyles was leading the organization, the command had 82,000 people worldwide — and just half of the Air Force’s budget.

As a people person, it was crucial Lyles took care of the people who worked for him and his organization.

That was perhaps the most rewarding and impactful part of being commander.

“It’s always enjoyable for me to do anything that helps the people to make the best of themselves and to do the best they can and help improve their work and life situations,” Lyles said.

Professionally, he’s an engineer. Lyles loves the technical side; he loves the technology, staying abreast of the nation’s moon activities and space programs, and being involved with the Air Force.

But ultimately, as an African-American, he’s heavily focused on — and passionate about — diversity, inclusion and equity in any organization.

But outside work and people passions, Lyles is a self-proclaimed car guy.

In fact, he currently boasts a rare new mid-engine Corvette, and has had the opportunity to start NASCAR races and do the Memorial Day kickoff and tribute on TV for the Indianapolis 500.

Looking ahead, Lyles doesn’t plan to slow down anytime soon. He remains in the Washington Metropolitan Area with his wife and near his four kids and two grandkids, and still is heavily focused on national missions.

“I’m 74 years old and still actively involved in things,” he said. “I don’t think of myself in that way. I just hope the good Lord blesses me and my family, too, with decent health to still contribute.”

Lyles will be honored with a Lifetime Achievement Award on Nov. 12 at WashingtonExec’s virtual 2020 Pinnacle Awards, celebrating his distinguished career in defense and space, and the advancement he helps the industry continue to make today.