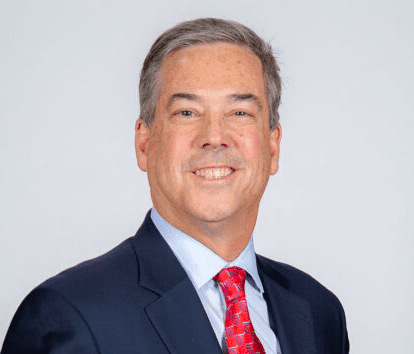 In conjunction with the announcement, Altamira said it has also established an Executive Management Committee, through which Reed, Chief Operating Officer Blaine Worthington and CEO Ted Davies will work closely together to drive accelerated growth and continued operational excellence companywide.

Reed’s career began at Lockheed Martin in Colorado, where he took on increasingly senior roles before moving to Washington, D.C., for a political appointment at the Energy Department in the Bush administration.

The job was “an opportunity to serve my country at a meaningful level, working directly for a cabinet secretary who was a close personal friend,” Reed previously told WashingtonExec.

After that stint in government, Reed assumed executive positions in the private sector at Northrop Grumman, DynCorp and Engility. His most recent role was Serco Inc.’s chief growth officer.

Reed serves on the board of directors and was named president-elect of the Association for Corporate Growth, National Capital Region. He’s also a senior fellow and a member of the board of advisers at the Government Contracting Center at the George Mason University School of Business.

“I could not be more excited for Craig to join us at this time,” Davies said. “We are winning new work, adding to our pipeline and are in growing and exciting mission areas in National Defense. Craig’s track record and skills perfectly complement Blaine’s ability to drive world-class Operational success. Our Executive Team, which also includes our recently added CFO, Adam Omar, and CHCO, Caroline McConnell, is incredibly strong.”

Reed said he was excited to join the team, describing the company as “an outstanding platform, highly regarded by its customers, and well positioned to provide solutions to some of the most critical security challenges facing the country.”

“I look forward to working with Altamira’s leadership team to drive transformative organic and inorganic growth and create significant value for its investors during this next leg of the company’s journey,” he added.

In addition to bolstering the executive team this year, Altamira has added other leaders, including Jason Siminski, who was named vice president of business development in June, and John Price, who joined in April as vice president of growth and strategy.

“The Altamira Board is excited to be able to add a leader of Craig’s caliber,” said Board Chair Joe Wright. “We see Craig as a key piece in the leadership puzzle at Altamira and look forward to the acceleration that will take place with this outstanding team.”