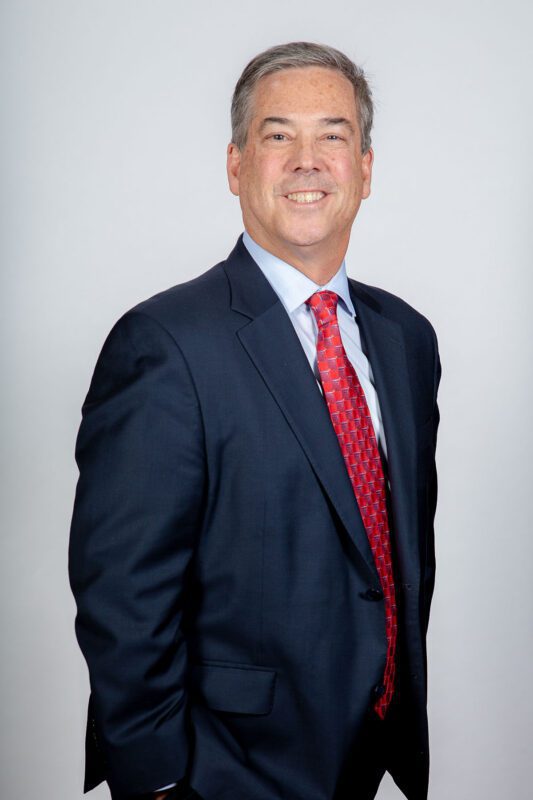 Craig Reed is the chief growth officer for Serco, Inc. and a finalist in the Chief Growth Officer Award category.

We had a great year from both an organic and inorganic growth standpoint in 2019. We submitted a record volume of proposals and enjoyed a win rate for new business of over 50%, the result of hard work and contributions by many throughout the organization. We increased organic revenue, year-over-year, by over 20%.

We also successfully closed and integrated the acquisition of Alion’s Navy Systems Business Unit, a $225 million strategic transaction that Serco had begun pursuing before I joined the company. This also involved a large team effort both in the U.S. and U.K.

I was happy to have had an opportunity to contribute to the organization’s achievements in both of these areas.

I think what drew me to Serco was the opportunity to be part of a company that was in a good position to take advantage of the things I enjoy doing most. The company already had a track record of doing excellent work in its targeted market segments and was respected by its customers.

I had the good fortune to join at the point where we were reaching critical mass in several of these markets and could credibly contend for larger bids. There was an appetite for thinking strategically about where we should be taking the business in the future. And there was an acquisition process already underway, which could benefit from my M&A experience and network.

I think my background, spanning business development, M&A and strategy, was a good fit for the company at the time and led to a confluence that allowed me to define a role where I could have the greatest impact.

Seeing the Serco team come together to complete the acquisition of the Alion Naval Systems business unit last year, followed by the successful integration with our new colleagues, was pretty inspiring. This was a senior team that was already running lean and now had to take on a host of new responsibilities related to the acquisition. To complete this deal and have a great year of organic growth and seeing the new group immediately be effective in collaborating on growth upon closing — that was impressive.

What are your primary focuses areas going forward, and why are those so important to the future of the nation?

Serco is doing some impressive things across its broad and diverse portfolio. One area we are focused on is the modernization and sustainment of our fleet, which I think is going to continue to be of great importance as the Navy adapts to an era of rising great power competition and new disruptive technologies.

We have been playing a major role in upgrading all the C4I systems that are at the heart of modern warfare. And we are supporting programs related to unmanned surface and submersible vessels. Our engineers have been helping the Navy to apply artificial intelligence to improve ship design, automate maintenance and logistics, and enhance detection of subsurface threats.

Another major focus area is how we make the provision of government public-facing services more efficient without compromising program integrity. Serco has been a leader in applying AI and robotic process automation in large-scale adjudication programs that touch millions of citizens. We have learned how to deploy these technologies in a way that improves the quality of citizen interactions while reducing costs by over 50%. We believe there are many other government programs that will face similar requirements.

How do you help shape the next-generation of government leaders/industry leaders?

I think the key to developing the next generation of industry leaders is making sure our rising talent has a clear understanding of the context of executive leadership decision making and how their efforts fit into that context. I try to do this by communicating frequently and transparently with them about current objectives, challenges, constraints and sensitivities so they have an appreciation for the thought processes of senior leadership. It’s critical that they understand how their piece of the puzzle fits into the bigger picture.

I also try to make sure they gain a sense of ownership for the projects they are leading and can achieve visibility across the organization for those efforts. I give them as much responsibility as they think they can handle, and then let them run with the projects. I support them along the way by providing high-level guidance and removing barriers to their success, as opposed to micro-managing, or constantly reviewing their progress.

After 17 years of continuous and successful career progression at Martin Marietta and Lockheed Martin, I was offered a political appointment at the Department of Energy in the Bush administration. On the one hand, I was well-positioned as a successor for my career “dream job” in business development at Lockheed Martin in Denver, and my wife and I had previously made a conscious decision that we wanted to raise our young family in Colorado. On the other hand, I was being offered an opportunity to serve my country at a meaningful level, working directly for a cabinet secretary who was a close personal friend.

Given that I was a life-long student of public policy, we concluded that I couldn’t pass up the opportunity at DOE, even though it would mean moving the family back from Denver to Washington, D.C., and pulling myself out of contention for my dream job in Denver.  The tragedy of Sept. 11 occurred months after I made the move, and I had the opportunity to experience public service at a unique time in our nation’s history.

When I left DOE, I had opportunities to go back to Lockheed Martin, but also had many new doors open to me that never would have been available had I not taken the risk to move.

Looking back at your career, what are you most proud of?

Without a doubt, despite having a challenging and rewarding career with many twists and turns along the way, I am most proud of my wonderful family and the life we have built together. I am super proud of my two great, talented adult children and my equally talented and successful wife, all of whom have been incredibly supportive of my career along the way.

After that, I would say that I am also very proud to have been able to work closely in support of some very important national missions throughout my career, including submarine warfare, space exploration, energy, counterterrorism and homeland security, intelligence, and contingency operations.

Working in support of the mission has always been important to me. I don’t think I would have made a very good widget salesman.

I’m not sure I would recommend to others to try to follow in my footsteps. I was very open to new opportunities throughout my career and sought out challenging and highly visible assignments. Someone once told me, “there are no medals in peacetime.” I took that to heart, trying to “get in the fight” in every role I took on.  There was some risk in that. I moved my young family across the country several times to take on new opportunities, and at least one of those moves didn’t turn out as well as expected. However, each new opportunity led to other new and better opportunities, many of which wouldn’t have presented themselves had I not taken on the previous challenge.