You are at:Home»Execs to Know»Exec Moves»NVTC Taps Brad Schwartz as Acting CEO 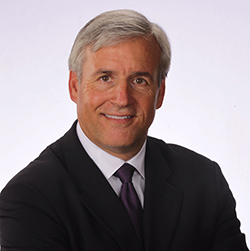 The Northern Virginia Technology Council has named board member Brad Schwartz acting president and CEO effective July 1, succeeding Bobbie Kilberg, who is retiring June 30 after 22 years with the organization.

Schwartz formerly served as president and CEO of big data analytics and cybersecurity company Blue Canopy, and has worked at other large tech firms such as BearingPoint as group executive vice president and chief operating officer and as regional vice president at Oracle Corp.

“As one of the largest technology councils in the nation, there is a tremendous opportunity for NVTC to continue to advance its mission, supporting our ever-growing community and embracing emerging and new technologies,” Schwartz said in a statement.

During the interim period, Schwartz said he plans to focus NVTC’s resources on driving growth and stability, while building a strategy that will take the council into its next phase.

“I’m excited about my new role and look forward to working closely with the chairman’s council in the search for NVTC’s permanent successor,” he added.

During the leadership transition, Kilberg will assist NVTC as president and CEO emeritus and as strategic adviser. In a statement, Kilberg said she has full confidence in Schwartz’s leadership, experience and ability.

“As an active board and executive committee member, Brad is already well-versed in NVTC’s strategic and operational goals and is very knowledgeable about the community that we serve,” Kilberg said.