You are at:Home»Execs to Know»Featured Executives»5 Questions on Innovation and Tech Potential for Army Veteran, AWS Exec Christian Hoff 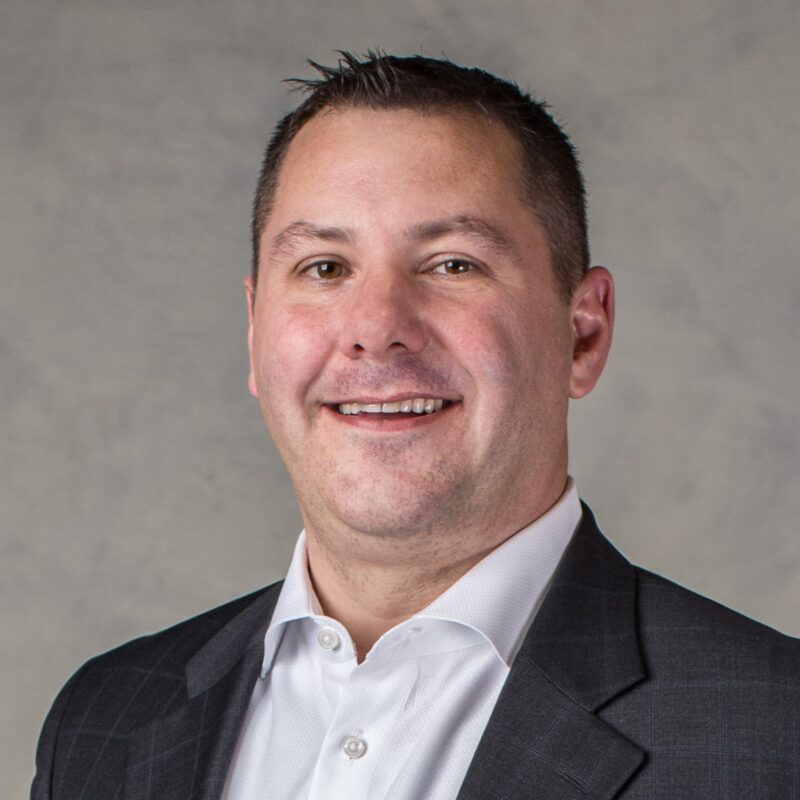 Christian Hoff’s desire to serve is rooted in his military upbringing and led him first to the U.S. Army and eventually, to industry, where he helped build a new team focused on working with partners across the federal government.

Hoff is the head of federal systems integrators at Amazon Web Services. He works with system integrators to help government customers innovate by adopting the AWS cloud platform. But prior to joining the large cloud computing services company in 2018, he held several leadership position in industry and in the military.

Hoff grew up in a military family and was born overseas while his father was stationed in Germany. Shortly after, Hoff and his family moved to Washington, D.C., and he’s always been surrounded by government and military families, Hoff told WashingtonExec.

“This helped instill a culture of service and giving back to our country,” he said.

Hoff attended the Virginia Military Institute in Lexington, Virginia, and upon graduation, was commissioned as a Medical Service Corps officer in the Army.

After a tour in Korea, Hoff spent time as chief of personnel at the Armed Forces Institute of Pathology at Walter Reed Army Medical Center from 1997-2000. Then, he applied and was accepted for an internship on the Joint Chiefs of Staff.

“This was a life-changing experience where I was exposed to the highest levels in the military as a medical planner and later as the military assistant to the director for logistics,” Hoff said. He was with the Joint Staff until 2002

After six years on active duty, Hoff decided to go into the public sector but still wanted to serve. So, he remained in the Army Reserves another 16 years and held positions in the Office of the Secretary of Defense and Army Staff. One of his most memorable assignments was as a White House military social aide to the president and first family from July 2000-February 2003, spanning two different administrations.

“The combination of these assignments further instilled my desire to serve and give back. This desire to serve drew me to Amazon Web Services, where I’ve helped build a new team focused on working with partners across the federal government,” Hoff said.

Since entering industry, Hoff has also served as vice president of Interactive Media/Anteon, as a senior director at General Dynamics Information Technology when it acquired Anteon and as a principal at Booz Allen Hamilton.

And now, he continues his passion to serve at AWS.

“Amazon’s unique culture and the ability to help customers — both in the federal government and system integrators — continues to make this a dream job,” he added.

Below, Hoff shares more about his current role at AWS, the potential technology brings to government customers, and how AWS approaches innovation.

As head of federal systems integrators for  AWS, what are your primary focus and priorities for 2020?

We’re seeing the adoption of the cloud continue to accelerate, with significant growth across our systems integrators community and the federal government. This year, we will continue to partner closely with our network of SI to help government customers use the AWS cloud to retire technical debt and increase innovation. The cloud allows customers to get out from under decades of legacy IT and continually innovate, unlike traditional IT models.

I’m looking forward to even more opportunities to work with our partners to build innovation solutions around mission workloads, including capabilities like tactical edge, machine learning, internet of things and data analytics.

How would you describe the potential technology brings to government and industry? In your professional experiences, do you have any notable examples of this potential you were involved in?

The AWS cloud allows customers to move faster, drive digital transformation, save money and deliver on their mission. It also provides an opportunity for federal agencies to modernize aging infrastructures and improve operational productivity. The No. 1 reason that governments are moving to the cloud is the agility and speed with which they can change their customers’ experience.

The agencies below are some of our government customers that are taking advantage of this technology — with the support of AWS’ federal system integrators — and are leading the way on the government’s journey to IT modernization.

We’re focused on helping our customers use innovation to serve citizens more effectively and put more of their time and resources into their core missions. Cloud technology allows government agencies to do just that, because they can scale up and down quickly and seamlessly, and take advantage of newer and innovative technology such as machine learning and artificial intelligence.

Machine learning is now top of mind for many of the government agencies we work with, because they have access to very large data sets as well as lots of computational capabilities that weren’t available previously. We’re seeing public sector organizations that are adding AI/ML into their platforms, solutions and products to perform tasks like visual perception, speech recognition, decision-making or translation.

Amazon famously has 14 leadership principles — a set of standards employees use every day when doing things like discussing ideas for new projects or deciding on the best approach to solving a problem. Which is your favorite and why?

Every one of Amazon’s leadership principles resonates with me.  It is hard to pick just one as my favorite, but if I had to, it would be ‘Think Big.” When I first got to AWS, we had just started our planning cycle, and I was challenged to come up with some ‘Think Big” ideas. When I initially presented them, I was encouraged to think even bigger and continue to raise the bar.

This was so refreshingly different than my previous professional experiences. It dawned on me that being disruptive, thinking outside the box, having bold ideas, thinking differently and looking around corners for ways to provide the best support to serve our customers was really unique to Amazon. We challenge each other daily on ‘thinking big’ in support of our customers, and what isn’t exciting about that!

Can you share an example of how AWS works with its SI partners to drive innovation?

In December 2019, we launched the AWS Public Safety & Disaster Response Competency to help AWS customers identify top AWS Partner Network Consulting Partners that can identify, build and implement technology offerings that improve organizational capacity to prepare, respond and recover from emergencies and disasters.  This helped create a way for our customers to find businesses that offered specialized services tailored to meet the needs of responding to and managing public safety emergencies and large-scale disasters.