You are at:Home»Execs to Know»NASA CIO Renee Wynn’s Journey to Becoming a Leader in IT, National Security 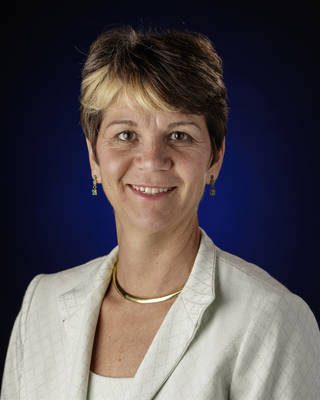 Renee Wynn began her federal career more than 25 years ago writing policy budget justifications, but her passion for law unexpectedly helped her rediscover an interest in data, which eventually paved the way to IT organizational leadership.

Wynn has been NASA’s chief information officer since July 2015, and prior spent years rising through the ranks in the Environmental Protection Agency.

But first and foremost, she’s a Washington, D.C., native. Her son jokingly calls her “The DMV:” Wynn was born in D.C., raised in Maryland and moved to Virginia as an adult. She did leave the area for college, attending DePauw University in Greencastle, Indiana, where she got her bachelor’s degree in economics in 1985.

After graduating from college and motivated by her passion for policy and law, Wynn secured a job as a policy writer for EPA. Oddly enough, it was while justifying cleanup program budgets to Congress when she fully realized her passion for data accuracy and efficiency.

“I knew there had to be a . . .  more productive way to access information where you needed it,” Wynn recalled. “From there, I was always working on productivity tools to move information, in order for me to do my job in budget formulation and environmental policy better. That’s what sparked my interest in IT.”

But Wynn wasn’t new to the STEM field. She was always in upper mathematics and science classes in high school, but chose an educational path outside of engineering because at the time, women weren’t highly represented in the field. It was her resilience and perseverance that ultimately landed her back in IT.

Wynn spent over 25 years with EPA, serving in the Office of Solid Waste and Emergency Response and the Office of Enforcement and Compliance Assurance. In April 2011, she joined EPA’s Office of Environmental Information, where she was the deputy assistant administrator and deputy CIO until July 2015.

That month, Wynn was named deputy CIO at NASA and she has continued to manage program administration for science, information management, international programs, budget formulation, environmental and administrative policy and more.

In the Q&A below, Wynn, who was named to WashingtonExec’s 2019 Top 25 Execs to Watch list, shares more about her position and excitement for IT, her biggest successes and challenges, and advice for young women aspiring to pursue a career in a male-dominated field.

What currently excites you about IT in the federal and private sectors?

I think there’s a couple of things that really excite me. One is the changing role of the CIO in an organization, from being a back office position to somebody who sits at the table and sits on corporate boards and helps drive strategic business decisions. What CIOs bring to the table is an operational mindset and a perspective on how technology can transform business or how they can be disrupters in business.

A second thing is being able to work with your team. I’m really starting to see, sitting around the IT space, the folks that work for me, seeing them learn about NASA’s mission and then bringing their trade and their craft to the table. Hopefully, I’m being seen as a leader to help my people do that, be prepared and get them that seat at the table to advance NASA’s mission.

Can you break down your responsibilities as CIO?

I run a global, and off the globe, IT organization. The infrastructure that NASA uses is from data we pull from the sky, from our satellites and from the space station, and we move that data to where it needs to be. Whether it’s a mission control center, public data for scientists to make weather predictions and refine weather models, to information about the planets and the universe.

We also run applications, we provide devices from iPhones to laptops and computer data centers the use of the cloud. Application development, software management, supply chain risk management. Records management, 508 compliance testing and certainly protecting NASA from a cybersecurity perspective.

Did you ever face adversity while pursuing a career in IT?

I think adversity has always been there, and my approach has been to work through it. I certainly can say that there are a few times that I quit things because I was tired of what felt like an uphill battle. For example, I didn’t pursue an engineering degree. I was being recruited for engineering schools, but I didn’t want to do that because I didn’t see females as part of it and I was tired of being the only girl in the upper mathematics and science classes in high school, and I was away from my friends.

I think resilience and perseverance are really key attributes to anyone. Life will have its own set of tragedies and setbacks. It’s important to have mechanisms to overcome those and learn to move on, but that’s not easy to do. I think having had a lot of training in perseverance, none of my own making, probably set me up fairly well to be where I am today.

Where do you see federal IT headed?

We are headed toward a lot of autonomy and artificial intelligence. Drones and the use of them for looking at, like NASA does, our infrastructure. Self-driving cars or autonomous vehicles. We currently have autonomous vehicles on Mars, and we’ve got to put some more up there.

A lot of that is coming along, so a framework for safety, appropriateness and biases that are built into some of this work the U.S. government needs to prepare our society to embrace these technology changes appropriately.

What have been the biggest success and challenge of your career so far?

My biggest challenge has been, and will remain, inspiring the people that work for me. I must give them my best so they can serve NASA to their fullest ability. Also, I must raise leaders and ensure that my executives are operating as leaders. I need them and rely on them to create positive work environments and give their best to their people. My biggest success is the same as my challenge. When I get feedback — not very often — that someone tells me I’ve inspired them, I’ve given them my best or one of my leaders is praised by his/her employees — I smile and enjoy, just for a moment, the feeling of satisfaction.

What advice would you give young women interested in pursuing a career in IT?

I think working in the tech industry is awesome! A tech job allows you to be creative and build the future. We’re seeing more and more women attracted to this field. But there are still far less women in this industry than men. I think the most important advice for girls or women who want to consider a career in IT is really the same advice for all women and girls anywhere: believe in your own abilities.

I would also add that sometimes the tech industry offers flexibility. In many companies, it is commonly accepted that people can work on their own schedules and often work from any location. This makes a big difference when trying to have a career and a family.

If you’re thinking about a government tech job, be patient. Sometimes, finding a government tech job can be difficult. A lot of people want to work for places like NASA. We have the “gee whiz, cool” factor. Attracting, hiring and retaining a diverse and extraordinary IT workforce is critical to NASA’s success.

Fortunately, NASA’s mission often attracts the best and the brightest of the U.S. population even though higher salaries can be achieved within the private sector. NASA IT organizations must continue to communicate the value of the NASA mission and the exciting and fulfilling work planned and achieved by the agency to continue to attract and retain top IT talent.