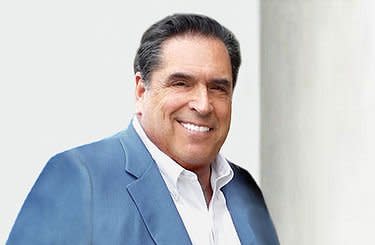 Well-known executive Jay Nussbaum was someone who “epitomized the attributes of a true leader,” said Bill Hoover, chairman of the board for AMERICAN SYSTEMS.

Nussbaum, who had a long career as an executive at Xerox, Oracle and Citigroup before co-founding Agilex Technologies Inc., died Aug. 31 at age 75.

“He was an extremely effective team builder, as evidenced by the widely diversified individuals in attendance at his funeral service,” Hoover said. “Jay was an individual of great vision who routinely focused on the future. He set his — and others’ — goals high. Just as importantly, he was an effective communicator. His friendly demeanor and wry sense of humor enabled him to articulate his vision and motivate all around him.”

Nussbaum, along with entrepreneur Robert E. LaRose, founded Agilex in 2007 with the goal of providing mission and technology consulting, software and solution development, and system integration services. He and his company received numerous awards, and the company grew to more than $300 million in revenue before being acquired by Accenture Federal Services in 2015.

Nussbaum also served on a number of boards, including the Armed Forces Communications and Electronics Association and Northrop Grumman Corp. Nussbaum most recently served as chairman and CEO of Drone Aviation Corp.

“Jay’s integrity was unquestioned,” Hoover said. “Although he always set lofty goals, he also always expected them to be accomplished in an honest and ethical manner. He was an individual who was decisive; he was also one who strove to continuously improve. Jay recognized that he and others weren’t perfect and would make mistakes but also could learn from those mistakes resulting in stronger and more successful individuals and teams/organizations.

“Jay was also recognized as the consummate sales executive. He was a self-confident individual who learned to trust his instincts; he thrived in dynamic environments; and he recognized, as John Paul Jones famously said, ‘He who will not risk can not win.’ Finally, Jay was a very balanced individual who made time in his busy life for family and friends alike. He also insisted that those around him do the same.”

A native of Brooklyn, New York, Nussbaum graduated from the University of Maryland and was residing in Great Falls, Virginia, at the time of his death.

In lieu of flowers, contributions may be made to Life With Cancer lifewithcancer.org or The John F. Kennedy Center for the Performing Arts.