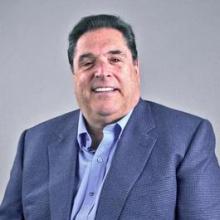 Agilex co-founder and Vice Chairman Jay H. Nussbaum has just been honored as a 2012 Federal 100 by Federal Computer Week. This prestigious award recognizes government and industry executives for their leadership over the past year on IT issues critical to the federal government.Nussbaum reflected on the significance of the honor saying, “In launching Agilex, our goal was to help the government quickly capitalize on new technologies and approaches to execute the mission more effectively at less cost. What is so gratifying is the level of impact that we have had in such a short period of time. And while this is an individual award, it really reflects the passion, intelligence and commitment of the entire team as they are making this success possible day-in and day-out.”Nussbaum, along with entrepreneur Robert E. LaRose, founded Agilex in 2007 with the goal of providing mission and technology consulting, software and solution development, and system integration services. Since then Agilex has delivered its  government clients a number of significant innovations. They include adoption of agile software development practices in accordance with the Office of Management & Budget’s 25 Point IT Reform Plan; management infrastructure and operating policies for meeting the U.S. government’s information security requirements for mobile devices; development of private cloud environments to support the Federal Data Center Consolidation Initiative; and text analytics solutions for Big Data applications within the national security arena.As a result, Agilex was recently named the 2011 Greater Washington Government Contractor of the Year ($25-75M) and was also recognized with the 2011 National Capital Business Ethics Award (Medium Company).“Jay is recognized as a leader in our community,” said The Honorable Thomas M. Davis III, member of the Agilex Board of Directors.  “With Agilex, he has built a team that has a real vision for the government’s need to become more agile and efficient that preceded today’s heightened focus on reform.”Recipients will be formally recognized at the 23rd Annual Federal 100 Awards Gala at the Grand Hyatt Washington in Washington, DC on March 28.