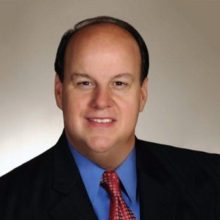 Fuchs joined Alion’s senior leadership team when MacB was acquired in August 2018 by Veritas Capital and merged with Alion. In his new position, Fuchs will report to Alion CEO Steve Schorer and will oversee all business and program operations for the corporation.

“With Sid’s track record and years of experience as an accomplished leader, business executive, and as MacB President and CEO, I’m thrilled to welcome him as COO for the entire Alion organization,” Schorer said.

After the acquisition, Fuchs played a key role in integration, reorganization and infrastructure planning, Schorer added, as the company strengthens its position in electronic warfare, artificial intelligence, cybersecurity, data analytics and cloud solutions.

“The transformation of the combined companies into one outstanding enterprise will more than strengthen our ability to provide mission critical services and solutions that our customers have come to expect,” Fuchs said.

Prior to MacB, Fuchs was president and CEO of OAO Technology Solutions, which was acquired in 2010, and CEO and director of ATS Corp., acquired in 2012. Fuchs also served as president and CEO of TASC, a subsidiary of Northrop Grumman. There, he led the company to over $1 billion in revenue in 2006. He began his career as a CIA officer, where he held operations, technical and management positions.

In January, Fuchs was named one of WashingtonExec’s 2019 Top 25 Execs to Watchfor the fourth year in a row, recognized for his experience and track record in leading the transformation and exit of several Govcon technology companies during his career.

“His artful execution of the strategy he developed for MacB made it a super successful mid-tier DoD/intel engineering firm and must-have/transformational addition to Alion,” he said. “Going forward, Sid’s deep industry experience, exceptional track record, acknowledged leadership and market savvy will be instrumental in taking Alion to the next level as its COO!”

Fuchs said he is excited to join the team.

“In my new role as COO, I look forward to working alongside talented and experienced senior leaders at Alion, MacB, and Veritas Capital to take Alion into 2019 and beyond,” he said.

Top 5 Things on the Minds of GovCon Execs: Sid Fuchs

Transform Your Career Through Relationships: 7 Tips From ‘Get Off the Bench’ Author Sid Fuchs