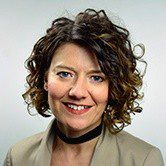 Siemens Government Technologies has picked up two contracts worth a combined $60 million to refurbish equipment used to test Black Hawk helicopter wings and to extend energy efficiency projects at the Army plant that manufactures the M1 Abrams tank.

Under one of the contracts — worth $26.8 million contract — a Siemens team will refurbish equipment at the Corpus Christi Army Depot used to test rotor blades for the Army’s fleet of Black Hawk helicopters.

The other $34 million contract is for work at the Army’s Joint Systems Manufacturing Center in Lima, Ohio, which produces the M1 Abrams tank.

Previous contracts with Siemens have resulted in smart infrastructure technology applications and energy efficiency upgrades to phase out the use of coal and convert to natural gas on the base, which has a footprint of 1.6 million square and some 40 buildings.

“We are honored to be selected by the U.S. Army Engineering and Support Center, Huntsville, to perform critical energy efficiency work and infrastructure improvements at two of their most relied upon facilities in the world to support their operational missions,” said Tina Dolph, president and CEO of Siemens Government Technologies. “We recognize the essential role the Army depots perform every day in maintaining and sustaining the force and we take great pride in helping the Army achieve their energy conservation and sustainability goals.”