Manish Agarwal is on a mission — a mission to ensure others avoid a life-threatening reality he faced five years ago.

Agarwal, chairman of the board for the National Kidney Foundation’s National Capital Area and a member of the national board, calls kidney issues “an urgent public health challenge.” He is among the reported 30 million Americans suffering from kidney disease.

“I’m very passionate about kidney health,” Agarwal said. “One in three people is at risk for kidney disease and, sadly, most are unaware of their condition as there often are no symptoms until the disease has progressed. We truly are facing a public health crisis.”

Before he was diagnosed in 2013, Agarwal didn’t suspect anything was wrong.

“Following a routine physical with a new doctor, I received the shocking news that I was in the final stages of kidney failure,” he said. “I was feeling fine and had no symptoms — but my body was shutting down and in crisis, and I had no idea. My only options were to begin dialysis immediately or to receive a new kidney. It was a tough reality for my family and I to face, but I was incredibly fortunate that my sister-in-law, Ena, was a match and was willing to donate one of her kidneys to me. Living donors like Ena are true heroes. My disease was preventable, and my mission is to ensure that others do not reach the same point that I did.”

Part of that mission involves supporting the National Kidney Foundation, whose own mission is to enhance the lives of everyone with, at risk of, or affected by kidney disease through advocacy, education and programs. The organization is focused on eliminating kidney disease through national and local initiatives dedicated to prevention and early detection of kidney disease; eliminating the long wait list for kidney transplants by improving the living-donor experience and the number of available organs for donation; and improving the overall quality of life for kidney disease patients, Agarwal said.

To raise funds for those endeavors, NKF is hosting the 38th annual Kidney Ball from 6:30 p.m. to midnight on Nov. 17 at tThe Washington Hilton.

There will be a special performance by rock ‘n’ roll supergroup World Classic Rockers, a band composed of former members of Journey, Santana, Boston, Lynyrd Skynyrd and Steppenwolf.

“We promise that you won’t want to leave the dance floor!” Agarwal said.

Michele Anthony, executive director of the National Kidney Foundation serving the National Capital Area, said one of the organization’s most exciting developments has been around efforts to increase living organ donation through the Big Ask Big Give program.

“We have partnered with GW Transplant Institute on two workshops this year where participants have learned how to search within their networks to identify potential donors and make that life-saving ask,” Anthony said. “During the Kidney Ball Mission Appeal, we will meet an amazing couple, Lindsey and Bill Schwartz, whose ask was granted giving their son, Stephen, the gift of life from family friend Kristin Freeman. Celebrating his five-year transplant anniversary this past May, Stephen and his parents have become ardent advocates for the National Kidney Foundation, proving that courage knows no age limit.”

For more information or to purchase tickets, visit www.kidneyballdc.org. To make a contribution to the NKF mission appeal, visit http://bit.ly/2yCiizu. 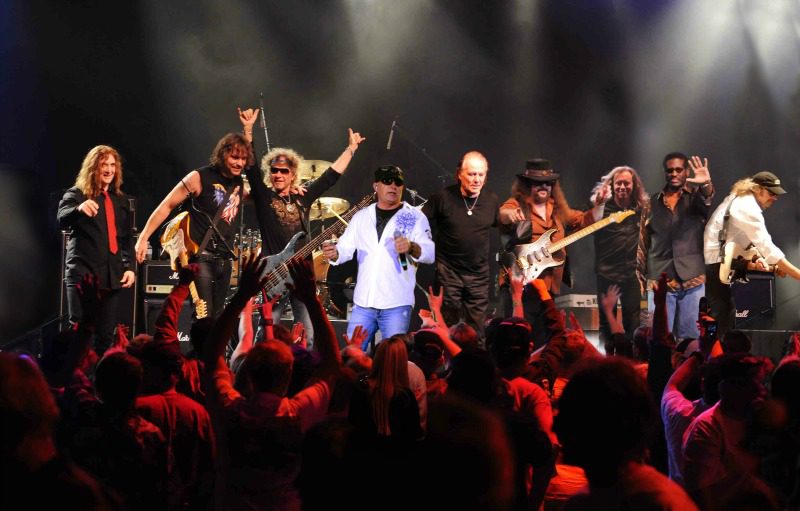