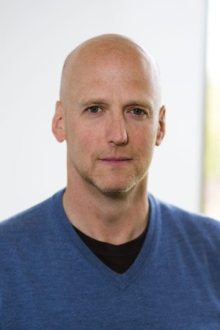 Giant Oak’s sophisticated search solutions are getting a promotional boost and a deeper footprint in the financial sector, thanks to a $10 million growth equity investment from Edison Partners.

Edison has valuable expertise in financial and regulatory compliance technology, a key factor in the partnership, said Giant Oak Founder and CEO Gary Shiffman. Since its 2017 founding, Giant Oak has combined behavioral science with software-as-a-service offerings to combat terrorism, drug and human trafficking and other kinds of illicit activities.

It continues to serve government and commercial sector missions alike while broadening its clientele to include the financial sector, where its solutions help combat money laundering and other illicit uses of monies.

“Financial institutions are required by law and regulation to identify money launderers, drug traffickers and terrorists,” Shiffman said. “We were already good at the tasks that the regulatory compliance departments in banks and other regulated financial institutions were required to undertake. It was a very easy transition for us to expand from the government and the commercial space to the financial space by targeting regulatory compliance.”

The company’s agreement with Princeton, New Jersey-based Edison bolsters further development and marketing of GOST, the core platform for searching the open, deep and dark web.

Shiffman was former chief of staff at Customs and Border Protection, a Navy veteran of the Gulf War and a developer at Defense Advanced Research Projects Agency, where he was involved in multiple counterinsurgency technologies, including precursors to GOST.

The company describes GOST as a platform that uses “a sophisticated threat-ranking method that targets the right kind of information on countless customers, so you can focus on where to begin. It then provides a summary on each individual including web page images and keywords so financial institutions can confidently decide who they want or don’t want to work with.”

GOST can draw on data in the deep web, but does not go into password-protected areas, Shiffman said. He said it’s important to balance the need to deter and defeat crime with respect for privacy and civil liberties.

The 24-person company is based in Arlington, Virginia. Looking forward, top security threats Shiffman sees are identify verification and the rise of artificial intelligence, which can be exploited for illicit purposes.

“More and more transactions, whether with a government agency or with a bank, are happening remotely,” he said. “More and more functions that used to be human functions are now being offloaded to technology, and that provides a vulnerability in the system of entity authentication and verification. I think this is a big challenge and issue, and one in which behavioral science has a lot to offer. Faking a field on a biographic form is easier than faking a pattern of behavior, which is complex and hard to spoof.”

“Our mission is to make the world harder for people to engage in bad activities,” Shiffman added. “Through a clever combination of behavioral science, computer science and domain expertise, we can provide the magic for making sense of this big data world that we live in.”