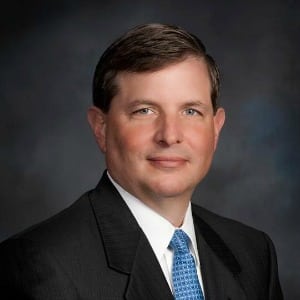 Harris Corp. and L3 Technologies announced plans earlier this month combine in a “merger of equals.” The all-stock deal would make the new company — L3 Harris Technologies — the sixth largest defense company in the U.S.

Combined, the new company will employ a total of about 48,0000 people and is expected to generate net revenue of approximately $16 billion, EBIT of $2.4 billion and free cash flow of $1.9 billion for calendar year 2018.

“This transaction extends our position as a premier global defense technology company that unlocks additional growth opportunities and generates value for our customers, employees and shareholders,” said William M. Brown, Harris chairman, president and CEO. “Combining our complementary franchises and extensive technology portfolios will enable us to accelerate innovation to better serve our customers, deliver significant operating synergies and produce strong free cash flow, which we will deploy to drive shareholder value.

“This merger creates greater benefits and growth opportunities than either company could have achieved alone. The companies were on similar growth trajectories and this combination accelerates the journey to becoming a more agile, integrated and innovative non-traditional 6th Prime focused on investing in important, next-generation technologies. L3 Harris Technologies will possess a wealth of technologies and a talented and engaged workforce. By unleashing this potential, we will strengthen our core franchises, expand into new and adjacent markets and enhance our global presence.”

What does the mega-merger mean for the broader defense industry landscape?

Transformation in the defense industry of this scale has only occurred when things are either really bad or uncertain (like the infamous “Last Supper” in the early 1990s) or really good (like now).

This merger is the type of landscape-changer that the industry has been expecting for years. It is also likely only the first shoe to drop, and this transaction, along with other recent deals (NGC/Orbital, Orbital/ATK, TransDigm/Esterline), has created a void in the mid-tier of defense suppliers. It is probable that other players in the industry with sub $5 billion in revenue will ask themselves, where do we go from here? The healthy operating environment and pressure to scale is creating a very fertile setting for further sizable deals.