You are at:Home»Execs to Know»Exec Moves»Christopher Kubasik Named President and Chief Operating Officer of L-3 Communications 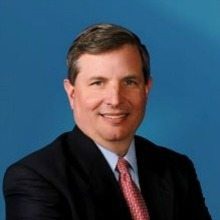 L-3 Communications has appointed Christopher Kubasik its new president and chief operating officer. Kubasik is the first person to hold this position and will report to Chairman and CEO Michael Strianese.

Strianese stated: “Chris is a proven leader with broad experience across our industry. The company strongly believes that Chris is the right person to help execute our strategy for growth, optimize performance and contribute to increasing shareholder value. We look forward to the contributions that Chris will make as part of L-3’s leadership team.”

Kubasik brings several years of experience to his new position. He was formally the president and CEO at Seabury Advisory Group as well as COO of Lockheed Martin Corp.

Kubasik had this to say of his new position: “I am excited to join L-3. I look forward to working closely with the management team to build on its strong foundation and position the company for continued success.”