You are at:Home»Execs to Know»Exec Moves»CACI Appoints Debora A. Plunkett to Board of Directors 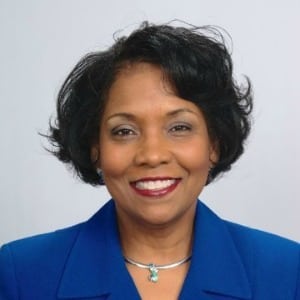 CACI International Inc (NYSE: CACI) announced that it has appointed Debora A. Plunkett to CACI’s Board of Directors effective July 1. Plunkett has served in senior leadership positions in the National Security Agency (NSA) and brings CACI’s Board more than 30 years of national security experience in such critical mission areas as cybersecurity and information assurance.

Plunkett will initially serve on the Audit, Investor Relations, and Strategic Assessment Committees of the Board.

Plunkett’s extensive experience in cyber and national security will further CACI’s information assurance mission in addressing serious economic and security challenges faced by the United States in the 21st century. Her previous NSA positions include Director and Deputy Director of Information Assurance, where she led the agency’s information assurance/cyber defense mission and directed thousands of NSA professionals worldwide. She also conceived and established the National Cyber Security Assistance Program to qualify commercial organizations for accreditation in performing cybersecurity services for national security systems, and advised Executive Branch decision-makers, including the National Security Council, on cyber issues. Most recently, Plunkett was the first person to serve in the newly established position of senior adviser to the NSA director, with a focus on enhancing equality, diversity and inclusion for the agency’s highly technical workforce.

A highly credentialed professional, Plunkett received the Distinguished Service Medal and Exceptional Civilian Service Award from the NSA Director. She was awarded the Rank of Distinguished Executive by President Barack Obama, and the Rank of Meritorious Executive by President George W. Bush. As a recognized expert in national security, she has appeared on CBS/60 Minutes and Federal News Radio, been interviewed in the Washington Post, and given keynote addresses at high-profile cybersecurity and defense conferences.

She currently serves on the J. C. Penney Company, Inc. Board of Directors. She is also a senior fellow at Harvard University’s Belfer Center and a professor in the cybersecurity graduate program at the University of Maryland University College. She received a B.S. degree from Towson University, an M.B.A. from Johns Hopkins University, and an M.S. in National Security Strategy from the National War College.

CACI Executive Chairman and Chairman of the Board Dr. J.P. (Jack) London said, “Debora A. Plunkett brings us matchless expertise in national security and an extraordinary record of government leadership directing large organizations in critical mission areas. Her selection continues our history of appointing highly qualified and strongly credentialed professionals to our Board, who bring exceptional insight into our government customers’ needs and CACI’s targeted growth areas. We welcome Ms. Plunkett to CACI and look forward to her contributions to our company’s leadership and the continued delivery of shareholder value.”