You are at:Home»Execs to Know»NVTC Announces New Board Members 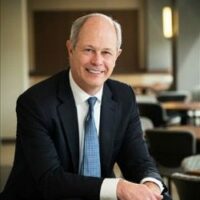 The Northern Virginia Technology Council has announced the appointment of four new members to its board of directors, adding leaders from ManTech, Baird, George Washington University and Quality Technology Services.

Kevin Phillips, Thomas “Tag” Greason, Thomas LeBlanc and Jean Stack will be joining the board. Phillips is president and CEO of ManTech. He was appointed CEO in January 2018, and has served at ManTech since 2002 in roles including president and chief operating officer, chief financial officer and corporate vice president and assistant to the chairman. Phillips is a graduate of William & Mary and spent 10 years in the U.S. Army Reserves.

Greason is executive vice president of sales at Quality Technology Services, a data center company, and was a member of the Virginia House of Delegates from 2010 to 2018 representing Loudoun County. Greason was named to Washingtonian’s 2013 Tech Titans list for his work helping to expand the technology sector in Loudoun County and across the commonwealth of Virginia. Greason is a graduate of the U.S. Military Academy at West Point and received his MBA from George Mason University. He also served with distinction as an officer in the Virginia National Guard.

The council added CALIBRE Systems’ Joe Martore and Appian’s Matt Calkins to its board in the fall. NVTC also recently announced its 2017 Tech Awards Winners.