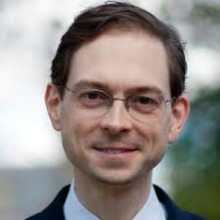 Appian Co-Founder and CEO Matt Calkins has been named to the Northern Virginia Technology Council board of directors along with three other individuals.

The largest technology council in the nation, NVTC serves about 1,000 companies and represents about 300,000 employees in the region.

Calkins founded Appian, a leading low-code software development platform, in 1999 when he was 26. In 2015, NVTC named Appian Tech Company of the Year among companies over $50 million in revenue.

Before founding Appian, Calkins was director of the Enterprise Product Group at MicroStrategy. He now serves on the board of trustees for the NVTC TechPAC, the Virginia Public Access Project and the Sorensen Institute.

NVTC also nominated Andrew Clements, partner at Grant Thornton; Matt Desch, CEO of Iridium Communications Inc.; and Michele Kang, founder and CEO of Cognosante; to its board of directors.