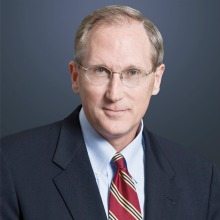 Larry Prior, president and CEO, CSRA

The Northern Virginia Technology Council presented its 2017 NVTC Tech Awards at the annual banquet TechCelebration, honoring those who contributed to technology innovation and supported veterans employment.

NVTC’s other finalists for Tech Executive of the Year were Matt Calkins of Appian; Tom Davidson of EVERFI; Kim Hayes of The Ambit Group; and Grant Verstandig of Rally Health.

For Tech Patent of the Year, the other candidates were BluVector, Deque Systems and Vencore.

For companies with over $50 million in revenue, NVTC recognized DMI, Excella Consulting, GuidePoint Security and ICF.

The other finalists for the Veteran Service Award were CACI International Inc., IntelliDyne LLC, and Micron Technology.