You are at:Home»Execs to Know»Michael Morell and Mike Rogers on Russian Cyber Threat 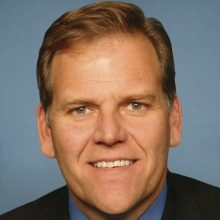 In a Washington Post op-ed published Dec. 25, Michael Morell, former deputy director and acting director of the CIA (2010-13), and Mike Rogers, former representative from Michigan (2001-15) and chairman of the Intelligence Committee (2010-15), argue for tougher policies to deter continued Russian cyberattacks on American political and economic infrastructure.

“Foreign governments, overtly or covertly, should not be allowed to play with our democracy.”

Morell and Rogers assert that since the 2016 election, Russia’s social media propaganda machine has targeted the FBI, ABC News, Keurig, the Obama administration and Republican Sens. Bob Corker, Tenn., and John McCain, Ariz., among others. They concur the Obama-era sanctions have not effectively countered Russian attempts to weaken U.S. democracy, and contend that bipartisan support is needed to impose steeper costs on President Vladimir Putin and to deter other countries from following Russia’s example.