You are at:Home»Events»Save the Date: Titans Breakfast with Roger Krone 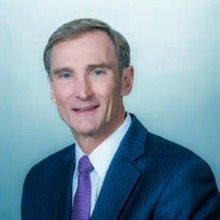 The Northern Virginia Technology Council has opened registration for a breakfast with Roger Krone, chairman and CEO of top government technology contractor Leidos.

The Oct. 13 event will take place at the Ritz-Carlton at Tysons Corner with the program running from 7:45 a.m. to 9:15 a.m. The event is part of the technology-themed Titans Series, which draws between 400 and 600 guests each time.

Krone has been CEO of the 32,000-employee global company since 2014. Before that, he spent nearly 40 years working for several prominent aerospace organizations, including The Boeing Co., McDonnell Douglas and General Dynamics.