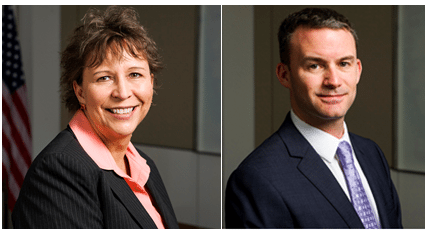 The federal government is already sold on the power of health IT.

That shift is readily apparent in the Office of the National Coordinator for Health Information Technology’s recent announcement of its plans to transition its health IT certification program to include testing tools developed by the health care industry, and in the Defense Department’s rollout of a new electronic health system at a second facility.

Such measures speak to the impact advanced analytics can play: Data can help predict costly hospital re-admissions and boost suicide prevention; help rank, in order of priority, the growing number of facilities that need to be regulated and inspected just as federal budgets shrink; and in flagging fraudulent health claims.

What’s less certain is how the federal government can best partner with industry to bring about smarter decisions and better health outcomes. That’s an issue Melissa Chapman and Ian Graham, who’ve both worked extensively with civilian and defense customers throughout their careers and now advance health IT solutions for federal customers through their work at Salient CRGT, understand first-hand.

Together, these industry veterans, whose combined experience working with civilian and DOD agencies spans over 35 years, recently compiled a list of 100 questions every federal customer should be asking contractors — hard questions, better asked now than later.

As Chapman sees it, the imperative for digging deeper couldn’t be greater.

“Every federal employee who works with contractors is familiar with the story of, ‘They proposed the A Team, and we got the C Team,’” says Chapman, the former acting chief information officer of the Food and Drug Administration and later, chief information officer of the Health and Human Services Department, and now Salient CRGT’s vice president of federal health business development. “Companies really need to step up, and work toward delivering as they proposed.”

The key, Ian Graham adds, is for both industry and government to look beyond the latest or greatest tool as the ultimate salve to address healthcare information woes.

“Focus on the process, and the mission, as opposed to a specific technology,” says Graham, Salient CRGT’s vice president of data analytics and business solutions.

To help bring clarity to federal customers as they assess contractor offerings, Chapman and Graham recently helped compile a list of “essential questions” every government agency should ask.

“We’ve put together a ‘top 100 questions’ that every health client should consider before they ever look at the technical specifications of an analytics solution,” says Chapman, who joined Salient CRGT after its March 2017 acquisition of the technology services firm Triple-I, where she served as vice president of business development. “The questions we’ve compiled are around, ‘How prepared are you to maximize the knowledge trapped in your data sets?’”

Not an easy question to answer for agencies like the Veterans Affairs Department, which constitutes America’s largest integrated health care system with over 1,700 care facilities nationwide, serving nearly 9 million veterans a year. To add clarity to such agency challenges as data uniformity and delivery, Chapman says it’s essential for agencies to be mindful of the potential, short-term growing pains of a new electronic health record rollout.

“When you roll out a new electronic health record, you may have approvals and safety checks that are very rational, that will improve safety, but because the health care providers aren’t used to the workflow, at the beginning, it can actually increase the time that it takes, for example, to get a pill to the patient,” Chapman says. “A tool can impact the human intuition and intelligence behind delivering care, yet it also requires a very careful look at real-life situations — and how a tool can be incorporated, and should be modified, over time.”

Contractors, for their part, must facilitate such understanding, Chapman says. 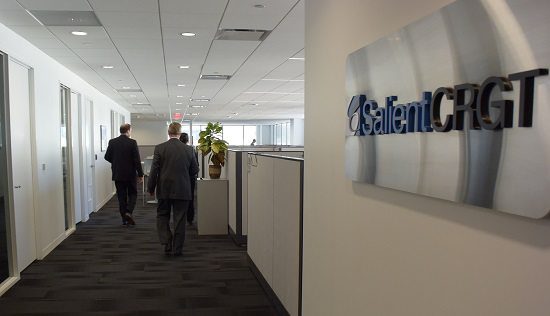 Salient CRGT spans more than 20 offices, with more than 2,000 personnel in over 150 locations across the United States and overseas.

“Health IT analytics tools have advanced over the last few years at great speed, but to really exact the promise of those tools, you have to do a lot of other activities that support health analytics efforts,” says Chapman, citing activities such as data stewardship and curation, hypotheses testing of emerging data models, and building roadmaps from descriptive to predictive analytics. “It’s important that federal contractors let their clients know that.”

Similarly, Graham says, federal agencies should be asking, “‘How am I best prepared to leverage the solution that you present me?”

“Everybody has a data warehouse and they use it to look at the past — but it is advanced techniques, like predictive analytics, text mining and sentiment analysis that will push health care forward,” Graham says. “By combining historically structured data of EHRs with unstructured data like doctor’s notes, social media, voice and emails, techniques such as machine learning, pattern recognition and natural language processing will increase the quality, and the speed, of health care in this country.”

Navigating this new health care terrain requires a clear-cut framework of understanding among agencies — something Chapman groups into three categories: The first, Chapman says, is keeping legacy or current tools operational; the second, seeking transformative solutions that go beyond business as usual; and third, expecting more from contractors.

That goes back to asking the hard questions, and raising expectations of vendor performance.

“As a former employee of the federal government, my advice is to be demanding — expect the best, and act on it when you don’t get it,” Chapman says. “There is every reason in the world for our federal health clients to expect exactly what they are paying for — and more.”