You are at:Home»News»Federal Government»For Mid-Tier Companies Looking to Grow, a Few Lessons in Recent ECS-InfoReliance Deal 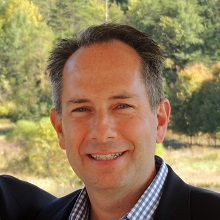 Now that the ink has dried on one of the most transformative acquisitions of the year so far, mid-tier government contracting firms looking to grow can find plenty of lessons in ECS Federal’s recent purchase of the cloud and cybersecurity provider InfoReliance.

For Bob Kipps, co-founder of the investment bank KippsDeSanto & Co., which represented InfoReliance in the deal, the biggest lesson may come down to one very bold hunch that’s paid off wisely for ECS and InfoReliance alike: “The right buyer, for the right partner, is often not the usual suspect,” Kipps said.

“It isn’t just Leidos, ManTech or CACI anymore,” said Kipps, speaking from KippsDeSanto’s Tysons Corner, Virginia, offices. “There’s a whole new pool of mid-tier players who are adjusting to today’s market and making acquisitions to reposition themselves for today’s market, just like the larger companies are.”

Kipps speaks from experience, having represented more than 80 companies in acquisitions over the last 10 years since starting KippsDeSanto. What he’s seen between ECS Federal and InfoReliance, the latter of which he represented in the deal, speaks to a radical new shift afoot in the industry at-large.

“It’s becoming a newer phenomenon—the mid-tier players have been buying but they just haven’t been as skilled in acquisitions, or as competitive, as they are today,” Kipps said.

“With ECS, this was a mid-tier player, looking at the marketplace, and feeling optimistic about market trends—they were doubling down, in many respects, on a deal that was almost 50 percent as big as they were.”

ECS Federal’s repositioning has been at least five years in the making. Founded in 2001 by IT executive Roy Kapani, the Fairfax, Virginia-based company spent its early years migrating out of a small business into the full and open contracting arena. Several early acquisitions followed.

In 2015 alone, ECS closed two acquisitions, System Planning Corp., and Information Systems Worldwide Corp., respectively. Wilson soon spoke publicly of cracking the $500 million mark in a few short years. In an often volatile and unpredictable market, not everyone was so sure that could happen, though.

Yet, with the InfoReliance acquisition, ECS bullishly seized on market opportunities in cyber, cloud and software engineering. And with InfoReliance, ECS made good on its $500 million vision. The combined workforce now stands at roughly 2,500.

“I’ve known InfoReliance and its owners for nearly 10 years,” Kipps said. Along the way, InfoReliance saw one of its own cofounder, Andrew Butler, become CEO, while another, Bill Williams, phased out of the business, seeking to liquefy ownership.

As discussions began for the right buyer, ECS Federal wasn’t on InfoReliance’s initial list. There may be a lesson in there for other mid-tier players, Kipps said.

“InfoReliance—like many other potential sellers—had been presuming the only parties that would offer great deals would be large, multibillion-dollar companies; what they found in ECS, however, was a business that had enough scale and financial strength and more importantly, the government vehicles to get additional business in the federal market,” said Kipps, noting ECS’ positions on key governmentwide acquisition contracts such as OASIS, CIOSP-3 and Alliant.

With its purchase of InfoReliance, ECS Federal also expanded on its customer base—up until then, Homeland Security, Justice, Navy, Army, intelligence agencies and the Defense Health Agency—to include the Marine Corps, Navy, FBI, and the departments of Human and Health Services and Labor.

In the process, ECS solidified its hold on NextGen IT capabilities, cyber and cloud especially; while InfoReliance, now operating as a wholly owned subsidiary, with Butler acting as strategic adviser to ECS CEO George Wilson, gained new avenues to grow its own business.

In addition, the cultures clicked in a way they might not have with a larger acquirer, said Kipps, adding he sees similar opportunity ahead for companies just like InfoReliance.

“While there are a lot of hopes and aspirations for the GovCon market today, there’s also a lot of uncertainty as to who the winners will be and when the money will come,” Kipps said. “What we are doing right now is coaching the future InfoReliances as to what they should be doing (and when) to best leverage this marketplace and think about their own options for growth and liquidity.”

As the ECS Federal-InfoReliance deal shows, the first step may the simplest: Keep an open mind.