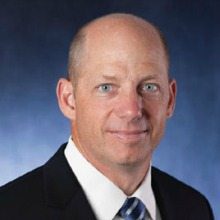 PAE has agreed to buy FCi Federal, the two companies announced today. PAE has over 60 years of experience supporting the U.S. government and its allies in critical missions around the globe. With roughly 15,000 employees on all seven continents, PAE’s core service offerings include global logistics and stability operations, technical services and national security solutions. FCi provides essential services for immigration and national security including adjudication support, eligibility verification and business process outsourcing for federal government customers.

PAE CEO John Heller views the FCi acquisition as a perfect fit with PAE’s strategy to expand and deepen its portfolio of services that support the essential missions of the U.S. government, its allied partners and other international organizations.

“FCi is an impressive company with a strong track record for growth driven by talented employees and exceptional customer service,” Heller said in a statement. “It’s a great strategic fit, presenting new opportunities for both of our companies. It’s also a strong fit culturally, as I know FCi and PAE share the same core values and commitment to the highest performance standards.”

PAE is a portfolio company of Platinum Equity, which acquired the company in 2016, and specializes in mergers, acquisitions and operations. FCi’s financial adviser was Houlihan Lokey. The financial terms of the deal have not been released, though it is expected to close within 45 business days pending regulatory approval.

“Today’s announcement is the right path to position FCi Federal for continued phenomenal growth,” said FCi Founder and Chair Sharon D. Virts, according to today’s press release. “Since founding FCi in 1991, we have been committed to providing high-quality service that differentiates us from competitors while placing a premium on taking care of our employees. That commitment will remain steadfast as we continue to catapult our competitive positioning for the future.”