You are at:Home»Execs to Know»Where Are They Now: Roger Baker 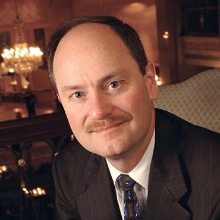 Roger Baker has had a successful career in the arena of information technology. His keen ability to implement strategies, as well as his leadership prowess and abilities in process improvement has served him well through holding two prominent posts in the public sector, and serving in high-level posts in industry.

Baker most notably served as the assistant secretary for information and technology and chief information officer for the Veterans Affairs Department from 2009 to 2013. During his time overseeing IT for VA, Baker was instrumental in championing the capabilities of emerging technology for the federal government.

In 2010, only a year after stepping into the CIO position at VA, Baker received the GCN Award for Civilian Agency Executive of the Year for his ability to refocusing priorities that would yield results.

He also earned the AFFIRM Leadership Award in 2012 for his leadership in information resource management. He explained while honored by the awards, they were not the only notable achievements in his career.

“Seeing investments that began in 2010 at the VA, such as the Veterans Benefits Management System or Enterprise Health Management Platform coming to fruition under the guidance of others — these IT systems will produce real results for veterans, and I love watching former colleagues succeed,” Baker said.

After retiring from VA in 2013; Baker joined Agilex, a company largely focused on IT requirements of federal agencies in the area of health care and mobile computing.

Two years later, Agilex Technologies was acquired by Accenture Federal Services,and Baker with his family decided to relocate to Florida.

Since the move, Baker has changed his focus to the consulting world where he advises organizations and companies on various technology issues.

“Consulting is a great way for me to keep up with the industry, but still have time for more laid-back activities,” he explained.

Having worked with both the industry and federal sectors, Baker has a deep knowledge of how both worlds work, as well as the opportunities for organizations and companies to impact the realm of technology.

“I’m actually fitting into the slower-paced life here,” Baker noted. “It turns out, I don’t have to run things to be happy.”

The slower pace means not having to catch the Metro at 6 a.m. to head downtown, hoping for no major delays — or fighting rush-hour traffic to get home in the evening.

“Most days, I get my work done by about 10 in the morning,” Baker said. “Meetings are mostly done by phone, and I can sit in my home office and watch the dolphins play in the water while being part of a conference call.”

This is a major change from Baker’s days working long hours in the fast-paced nature of the Beltway.

These days, apart from traveling more, Baker has more time to catch his Michigan Wolverines in action and is enjoying their winning season. He also has more time to read, and highly recommends Leonard Mlodinow’s book, “The Drunkards Walk: How Randomness Rules Our Lives.”

“It’s a great education about the difference between our reality and what our minds think is reality,” he explained.

So what’s next for Roger Baker?

“Speaking whenever someone wants to hear what I think,” he said. “Writing when I have something I want to say. Lots of travel. No need to plan to far in advance, and I’m liking it that way.”

Related: Where Are They Now: David Langstaff